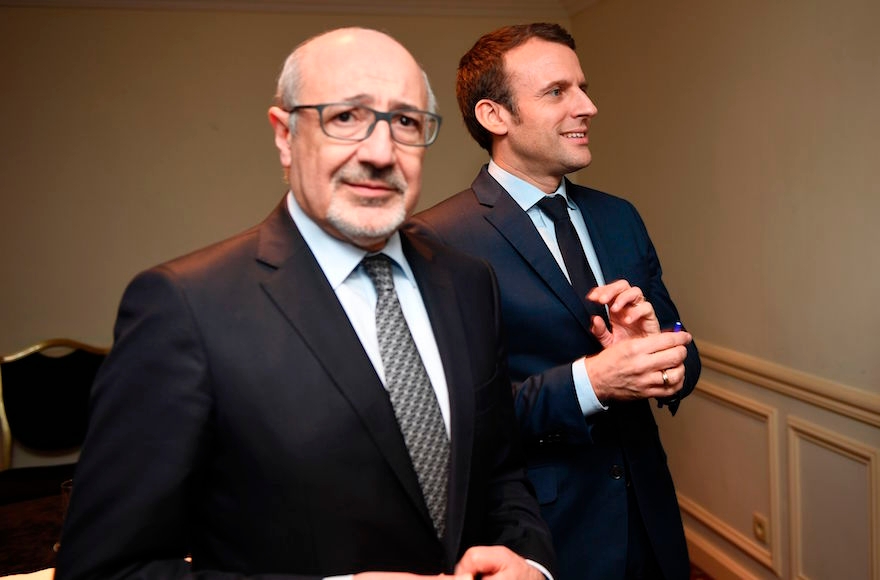 (JTA) — Leaders of the Freemason movement in Paris urged members not to attend events organized by France’s Jewish communities because of their support for Israel, which they said increases anti-Semitism.

The circular issued this week by the Grand Orient of France received attention in the French media partly because of how anti-Semites and conspiracy theorists there often target Freemasons as a branch of world Jewry.

The reference to Israel appeared in a draft resolution circulated during this week’s congress of the Grand Orient in Rouen, Le Parisien reported Tuesday. It was rescinded and senior Freemasons said it had been sent out by mistake, but the original document was obtained by bloggers covering the movement, which has tens of thousands of members.

The document called CRIF, the umbrella group of French Jewish communities, “a follower of policies” promoted by Israel of “religious extreme right-wing ideology” that leads to “divisions and rise in anti-Semitism.” The draft resolution has not been adopted.

Francis Kalifat, the president of CRIF, told Le Parisien that he was “infuriated” by the text, which he called a “scandalous manifestation of far-left ideas” from the France Unbowed movement led by the Communist populist politician Jean-Luc Melenchon, who is a Freemason.

In 2017,  a French Freemason leader said he was assaulted on the street by a woman carrying a hammer who called him a Jew.

During the Nazi occupation of France and under the country’s pro-Nazi puppet state, Freemasonry, a rationalist and secretive movement that began in the 17th century, was banned.