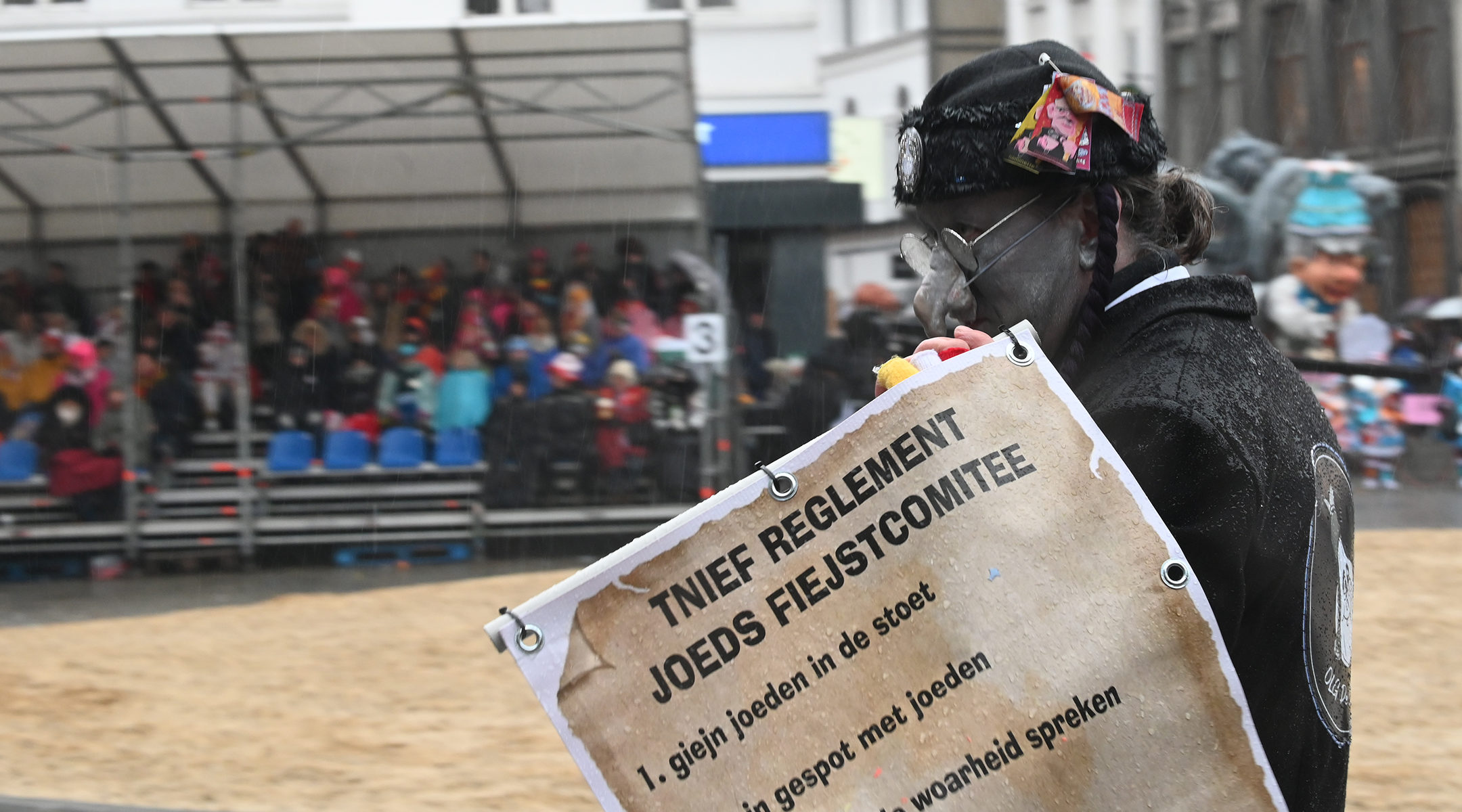 A man wearing a fake hooked nose carries a sign warning not to "tell the the truth about the Jew" at the annual procession of the carnival in Aalst, Belgium, Feb. 23, 2020. (Cnaan Liphshiz)
Advertisement

(JTA) — Organizers of Belgium’s Aalst carnival have defended the mocking of Jews there as a good-natured satire at a counterculture parade that takes swipes at people of all faiths and races.

But according to a recent complaint submitted to the country’s anti-racism watchdog, the man heading the event in Aalst has made classical anti-Semitic remarks on Facebook, the Het Laatste Nieuws daily of Antwerp reported Thursday.

The complaint to the UNIA watchdog about Aalst Carnival Association Chairman Sven de Smet follows a controversy that led to the Aalst Carnival renouncing its title as a world heritage event.

The 2019 edition of the annual event – a costume party known for its irreverent sphere and provocative costumes — featured several floats deemed anti-Semitic, including ones of Jews depicted as insects. The previous event had a float about the cost of living, with grinning Orthodox Jews holding bags of money and a rat on one of their shoulders.

The complaint by Rudi Roth, a Jewish journalist from Aalst, about de Smet concern a comment that de Smet left on Dec. 29 in a Facebook post featuring a picture of the 2018 display captioned “Hey, Jew, the rules apply to you, too.” The caption referred to violations of COVID-19 emergency measures by haredi Orthodox Jews.

“Nonsense! God’s chosen people,” de Smet wrote. Another carnival enthusiast, Filip Deshommes, replied: “Have a heart. These people went through the Holocaust so they’re always allowed a little bit more than others.”

De Smet has declined to comment on the complaint against him.