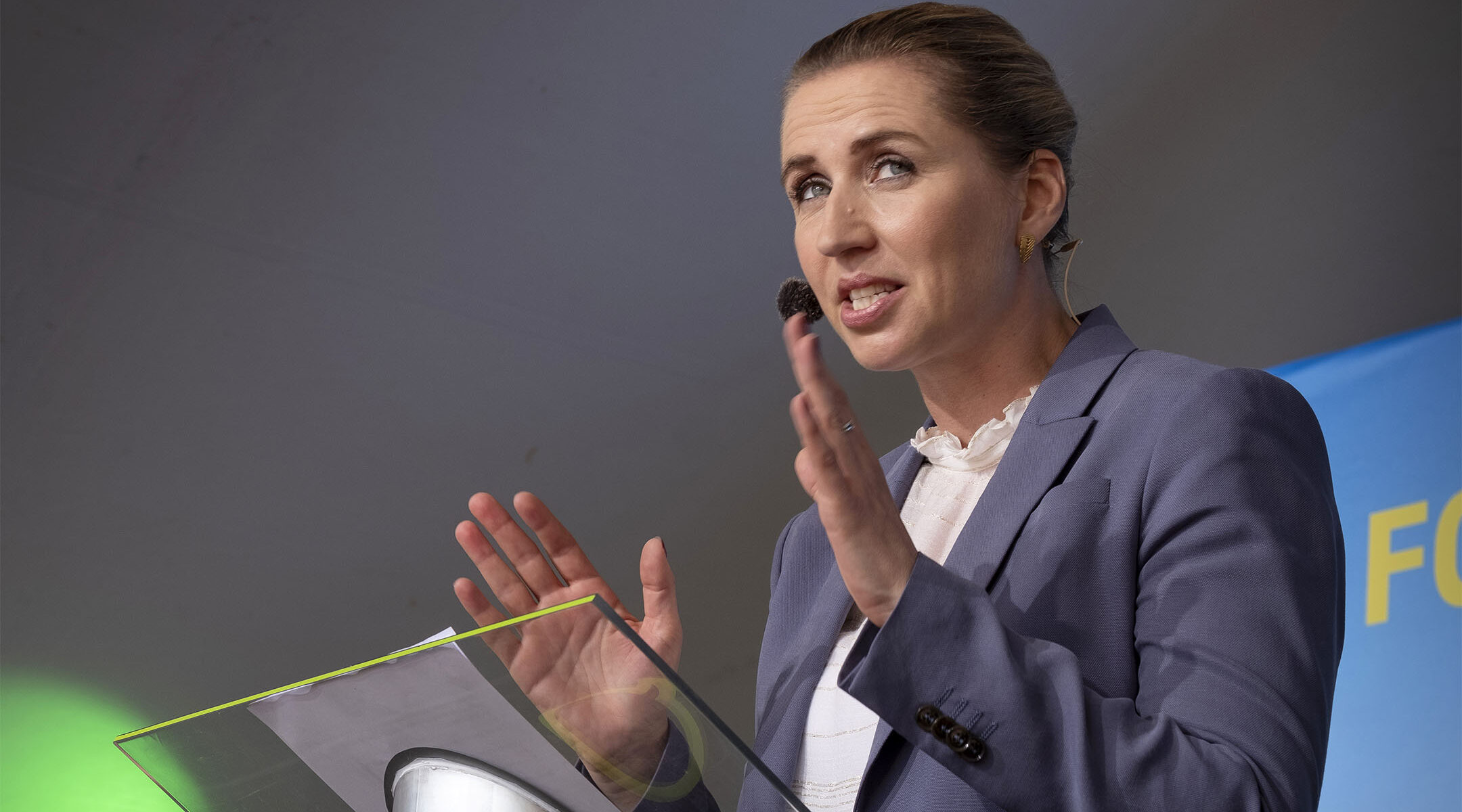 (JTA) — Denmark’s prime minister opposes a bill seeking to ban the nonmedical circumcision of boys, saying “Danish Jews must continue to be part of Denmark.”

Mette Frederiksen of the ruling Social Democrat party made the statement during an interview Thursday on TV2 about a bill submitted last month in parliament by a leader of the left-wing Forward party, which seeks to outlaw the circumcision of minors without medical reason as done by Muslims and Jews.

Frederiksen appeared to reference the fate of Danish Jews during the Holocaust, when hundreds of boat owners smuggled thousands of Jews to safety in Sweden and beyond the reach of the Nazi occupation.

“Many Jews do not find it compatible to live in a country where circumcision is banned,” she said. “I simply do not believe that we can make a decision in which we do not live up to the promise we made, namely that the Danish Jews must continue to be part of Denmark.”

Several major political parties have said they support a ban, which has widespread popular support in Denmark by those who believe it’s child abuse and opponents of Muslim immigration.

Rabbi Yitzi Loewenthal, the emissary of the Chabad Hasidic movement in Denmark, wrote in a statement that Danish Jews “are grateful to the prime minister and others who have come out clearly against” the bill.

“Denmark was a beacon of light,” Loewenthal wrote, and “we hope that light burns strong and long.”