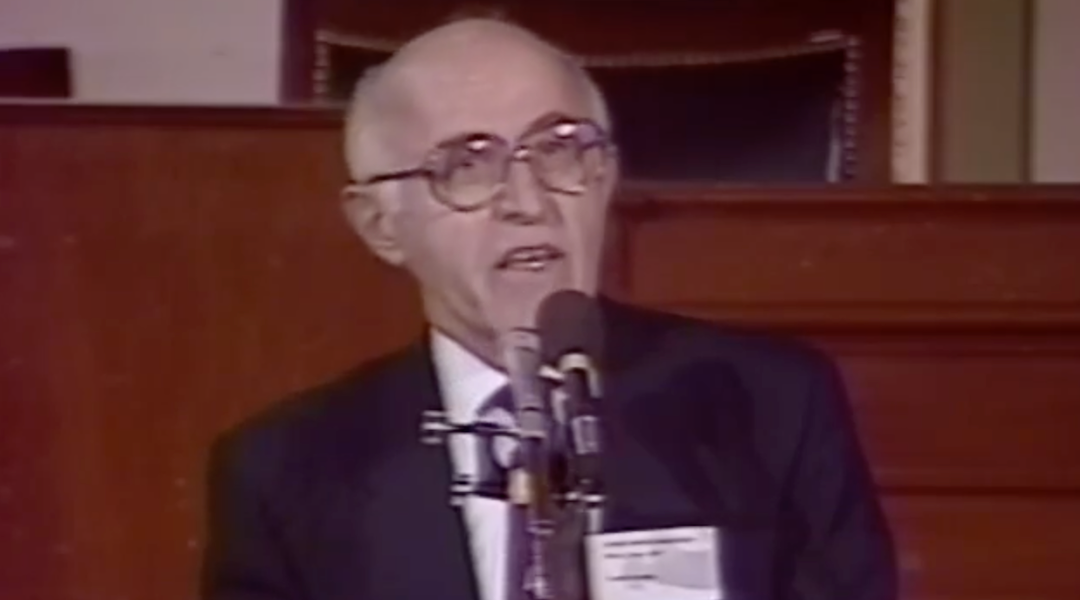 (JTA) — David S. Davidson, a prominent judge and leader in the Reform Jewish movement, has died.

The Religious Action Center of Reform Judaism praised his accomplishments in the movement.

“So many of the resolutions of the Movement on issues of social justice bear his mark,” the organization said in a statement. “He had a unique talent — he had an extraordinary intellect, coupled with a deft touch, a way for using just the right words, and all in service of our shared commitment to creating a better world.”

Davidson was the former chief judge of the National Labor Relations Board and later became involved in Maryland Democratic politics, where he served as an adviser to Sen. Chris Van Hollen. He also served as president of Mobile Med, an organization that provides medical services to low-income residents of Maryland’s Montgomery County.

Van Hollen lauded the late judge in a statement.

“David was a kind and gentle soul who lived a life of purpose and always brought a reservoir of wisdom and moral clarity to his many endeavors,” he said. “He put his keen sense of justice into action to strengthen our community and our country.”

His grandson, journalist Eric Cortellessa, called him “the most incredible mensch.”
“He lived with an insatiable commitment to protecting the vulnerable, providing care and comfort to those in need, and improving the lives of others,” Cortelessa told the Jewish Telegraphic Agency in an email. “His ethos of humility and altruism embodied all that is good about the human spirit.”