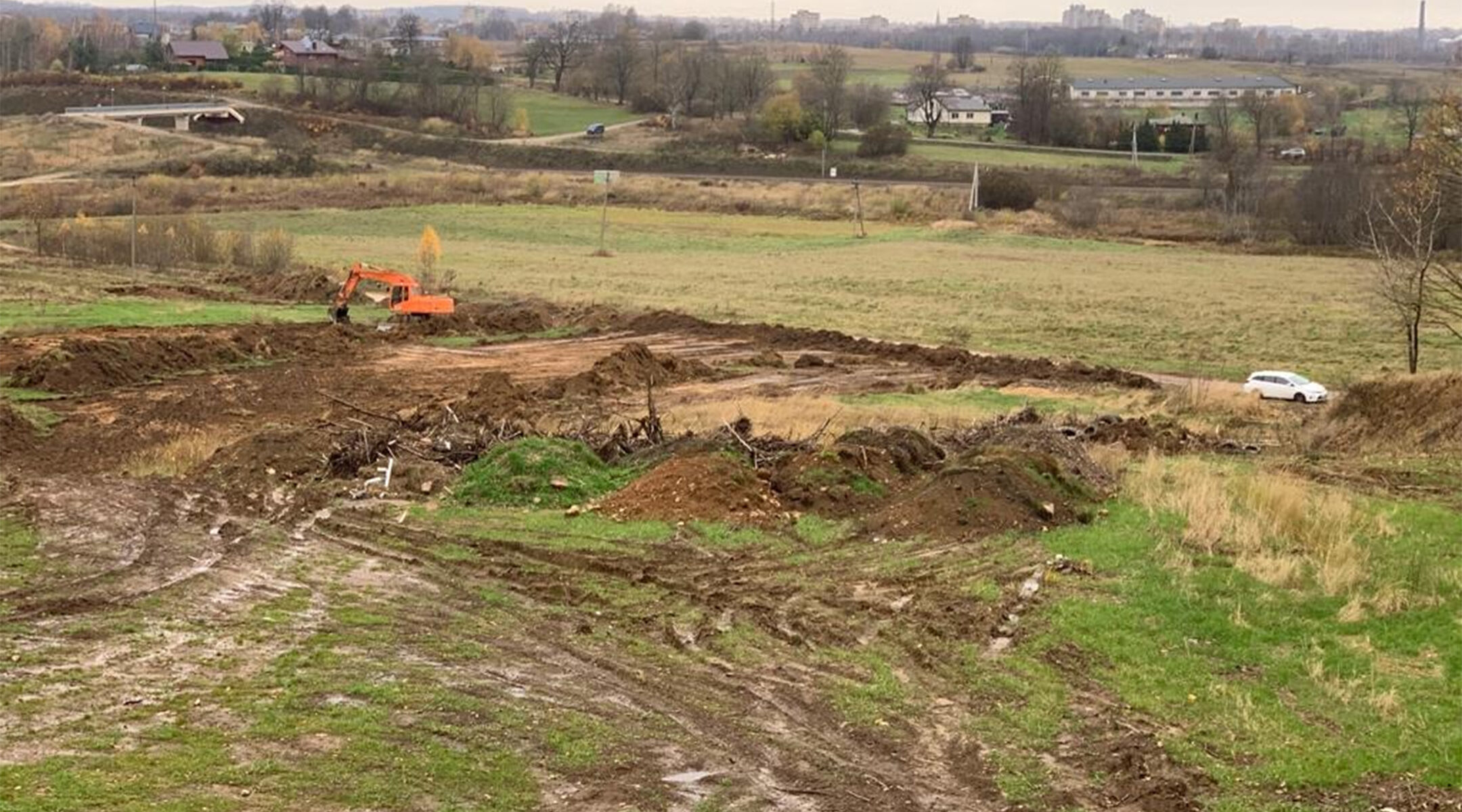 An excavator digs near a mass grave of Jews in Veliucionys, Lithuania, February 2021. (Ruta Vanagaite)
Advertisement

(JTA) — Construction was documented near a mass grave of Jewish Lithuanian Holocaust victims on privately owned land that the government had promised to reclaim.

Ruta Vanagaite, a well-known author who has written extensively on the Holocaust, earlier this month filmed heavy machinery digging about 100 yards from the monument erected near or on the mass grave of 1,159 victims buried in Veliucionys, east of Vilnius.

In 2017, Vanagaite discovered that the land was privately owned and for sale. She alerted the Ministry of Culture, which is responsible for maintaining mass graves and Holocaust sites. The ministry said it would block the sale and take over the land.

However, the land was later sold, and then resold, and is now the scene of extensive earthworks, Vanagaite said she discovered during a tour of the place this month with Israel’s ambassador to Lithuania, Yossi Levy.

Digging in mass graves is illegal in Lithuania, where the government has the authority to confiscate such sites from private owners if they refuse to hand over ownership to the state in exchange for compensation.

“There’s no way of actually knowing where the bodies are buried,” Vanagaite told the Jewish Telegraphic Agency. “What’s certain is that 1,159 bodies could not have fit where they built the small monument. So there are likely human remains spread out over that land.”

She also saw a pit she believes may have been used for burning bodies to destroy the evidence.

The Lithuanian Culture Ministry has not immediately replied to questions on the mass grave.