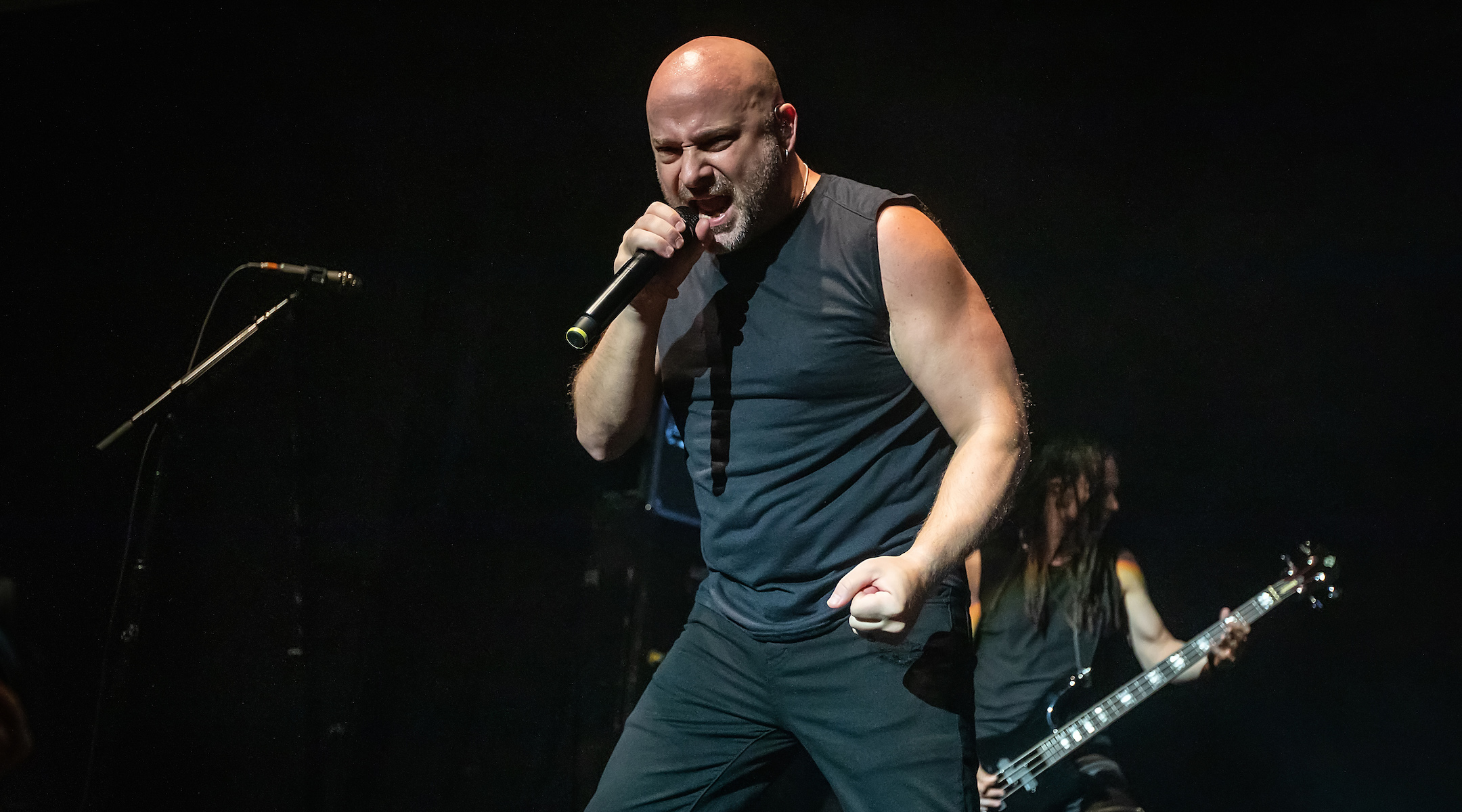 David Draiman performing with Disturbed in Oslo, Norway, May 1, 2019. (Per Ole Hagen/Redferns)
Advertisement

Disturbed, which has sold millions of albums, is set to play in Israel for the first time on July 2.

“Boycotting an entire society, an entire people, based on the actions of its government is absolutely ridiculous,” he said in a video interview with the Bring Disturbed to Israel Facebook page. “I don’t see boycotts happening of Russia … I don’t see people boycotting China for what they’re doing to their Muslim population. It’s just Israel that gets this treatment, and I think we all know the reason behind that.”

Draiman added that Waters, the former Pink Floyd frontman and poster child for artists who boycott Israel, and his “Nazi comrades” are pushing an ideology based on “hatred.”

Draiman, known for his guttural yells, grew up attending Orthodox yeshivas in Chicago, but he was expelled from three of them. At one point he trained to be a cantor.

These days he observes some holidays but also sits on the advisory board of the Creative Community for Peace, a nonprofit that aims to counter Waters’ Israel boycott narrative.

“I’ve been planning this literally my entire life,” he said of the upcoming Israel concert. “The BDS crew know well enough to not even try to contact me.”