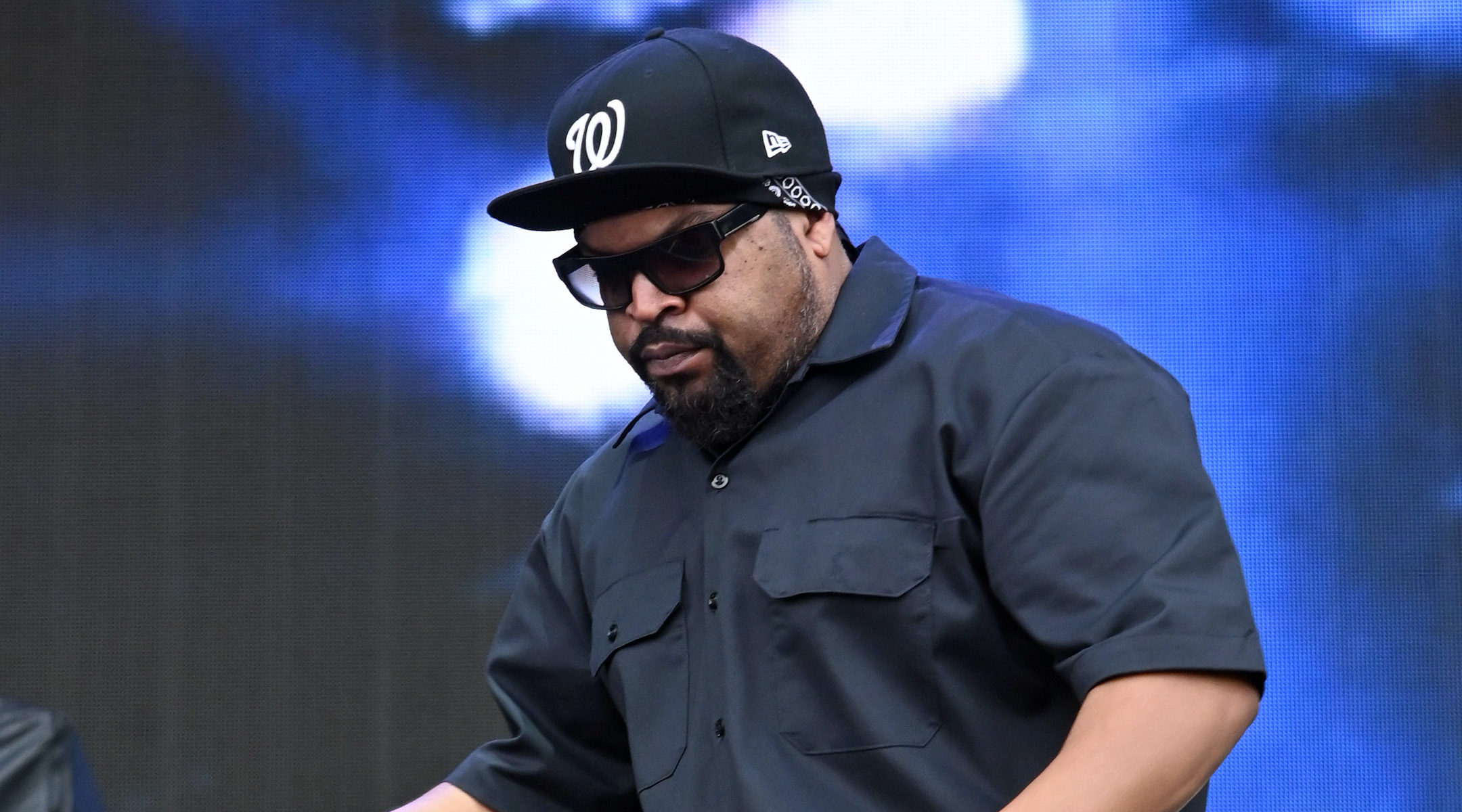 (JTA) — Two days after being criticized for tweeting a mural some have called anti-Semitic, the rapper Ice Cube was back at it on Wednesday, tweeting images associated with multiple conspiracy theories — and facing open criticism from other celebrities.

One image is of a Star of David with a cube in its center. A subsequent tweet shows black cube structures in different places around the world — the implication being that Jewish control spans the globe.

It is impossible to take you seriously with regards to social justice or,.. anything when you post anti-Semitic imagery. What the fuck are you doing?

The message prompted another wave of criticism, including from prominent journalist Roxane Gay and commentator Marc Lamont Hill, who has apologized after being wrapped up in an anti-Semitism controversy of his own in 2018.

In response to Hill, Cube said he was just being “pro-Black.”

What if I was just pro-Black? This is the truth brother. I didn’t lie on anyone. I didn’t say I was anti anybody. DONT BELIEVE THE HYPE. I’ve been telling my truth. https://t.co/1SnGaGacM9

Ice Cube has long had a fraught relationship with Jews: The NWA founder supports Nation of Islam leader Louis Farrakhan (see his anti-Semitic Twitter history here), has toyed with anti-Semitic concepts in lyrics and allegedly assaulted and shouted epithets at a rabbi in 2015. Marlow Stern details Ice Cube’s history of anti-Semitism in the Daily Beast.