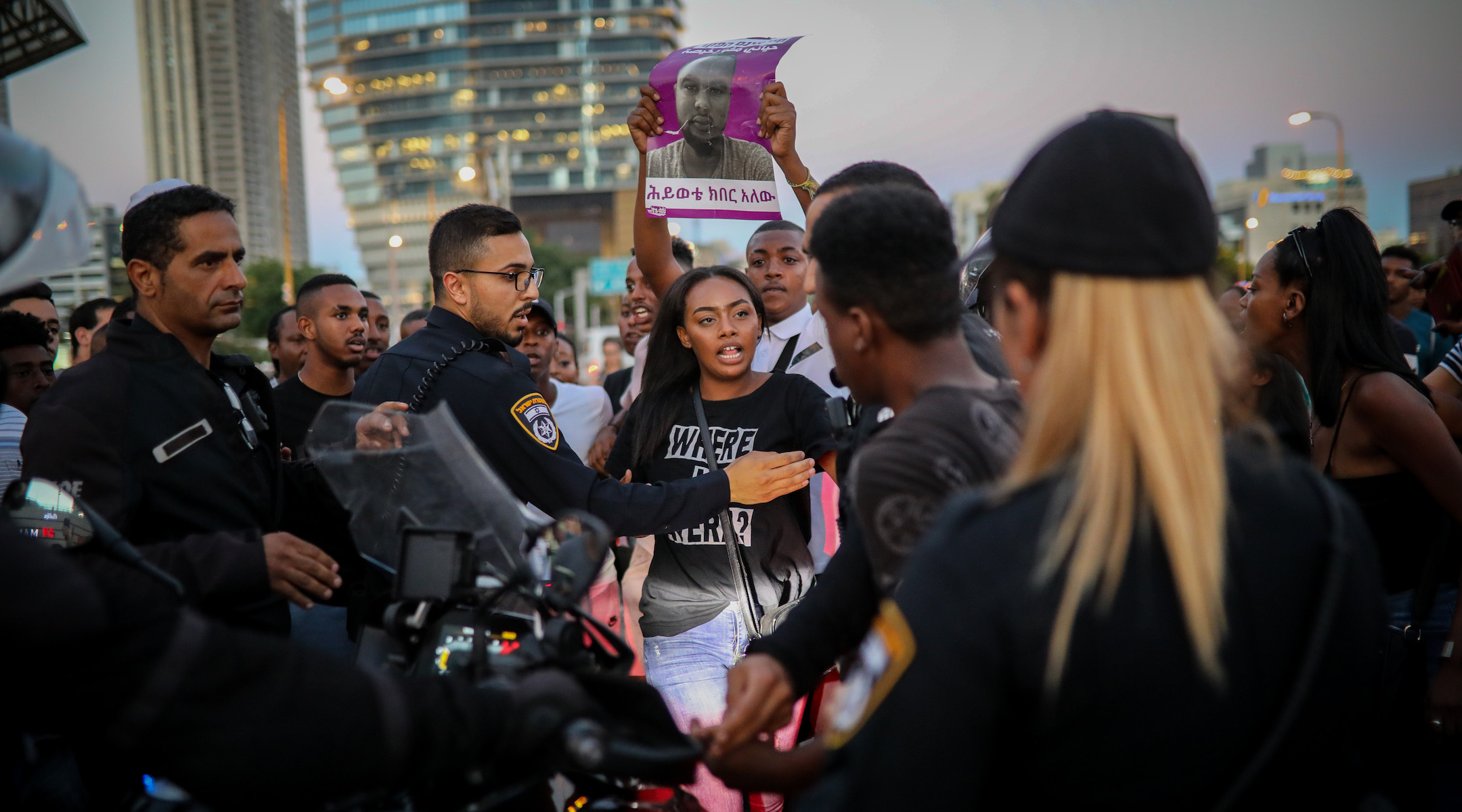 Ethiopian Israelis and supporters protest in Tel Aviv following the death of 19-year-old Ethiopian Solomon Tekah, who was shot and killed few days ago in Kiryat Haim by an off-duty police officer, July 2, 2019. (Hadas Parush/Flash90)
Advertisement

JERUSALEM (JTA) — Thousands of Ethiopian Israelis and their supporters demonstrated in cities across Israel on Tuesday night to protest the killing two nights earlier of an Ethiopian teen by an off-duty police officer.

At least 60 protesters were arrested and at least 47 police officers were injured as protesters blocked major intersections throughout the country, halting traffic and public transportation.

Some of the protests became violent and included rock throwing, firebombs and burning tires. Police used riot dispersal methods in some cases to remove the protesters, but also kept a low profile elsewhere to prevent clashes.

Solomon Tekah, 19, was killed Sunday night in Kiryat Haim, in northern Israel. The officer was at a nearby park with his wife and children when he attempted to break up a street brawl. He said the teens threw stones at him and he believed he was in mortal danger. The officer is under house arrest.

President Reuven Rivlin in a statement issued late Tuesday night called on “all of us to act responsibly and with moderation.”

“I know that you are doing everything in your power to convey the voice of your protest and to lead a change that is all about righting wrongs and creating a better future. No one wants revenge,” he said.

Rivlin added: “This is not a civil war.”