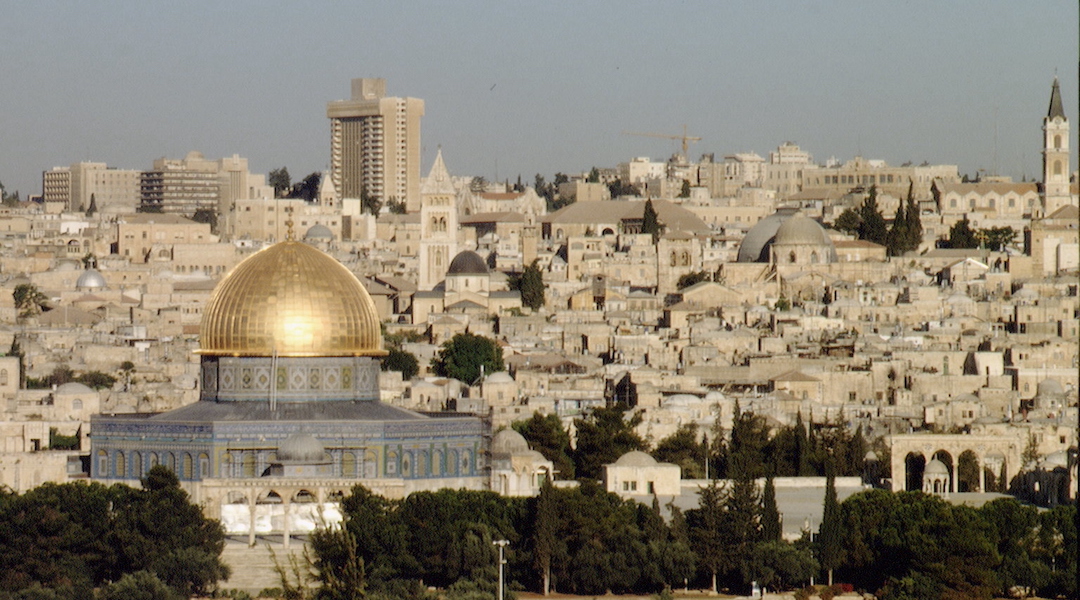 A view of Jerusalem in 1994. (Maher Attar/Sygma via Getty Images)
Advertisement

(JTA) — The Israel Police have acquiesced to the demands of Palestinian protesters who called for the removal of barricades that prevented gathering during the Muslim holy month of Ramadan.

On Sunday, police removed the barriers, which blocked crowds of Palestinians from gathering at Damascus Gate in Jerusalem’s Old City at night, a Ramadan tradition, according to Haaretz. Palestinians had protested the barriers for about two weeks, clashing with police. The past few weeks have also seen street attacks on visibly Orthodox Jews as well as Arabs.

On Thursday, the protests escalated when hundreds of far-right Jews chanting racist slogans marched on the Old City, where they clashed with Palestinian protesters and police in a night that saw arrests, violence and hospitalizations.

Ten Palestinians were arrested in a small protest at the site on Saturday night, according to Haaretz. There was also a protest at the Qalandiya checkpoint in the West Bank.

In recent days, Palestinian militants in Gaza have fired more than 40 rockets at Israel. While the rockets have been fired by smaller armed factions, the barrage has been endorsed by Hamas, the militant group governing Gaza. In a statement reported by the Times of Israel, Hamas told the smaller terror groups to “keep their fingers on the trigger.” The groups say the rocket fire is in response to the unrest in Jerusalem.

The unrest is spilling over into Israel’s ongoing political quagmire. Bezalel Smotrich, a far-right lawmaker and ally of Prime Minister Benjamin Netanyahu, lashed out at Netanyahu because of his response to Thursday’s violence. Netanyahu is currently trying to assemble a new coalition in order to remain prime minister.

After Netanyahu called for calm on “both sides,” Smotrich railed in a tweet against the “Arab enemy” and wrote regarding Netanyahu, “It may be that the time has really come to replace him.”