Du Wei, China’s ambassador to Israel since February, found dead in his home 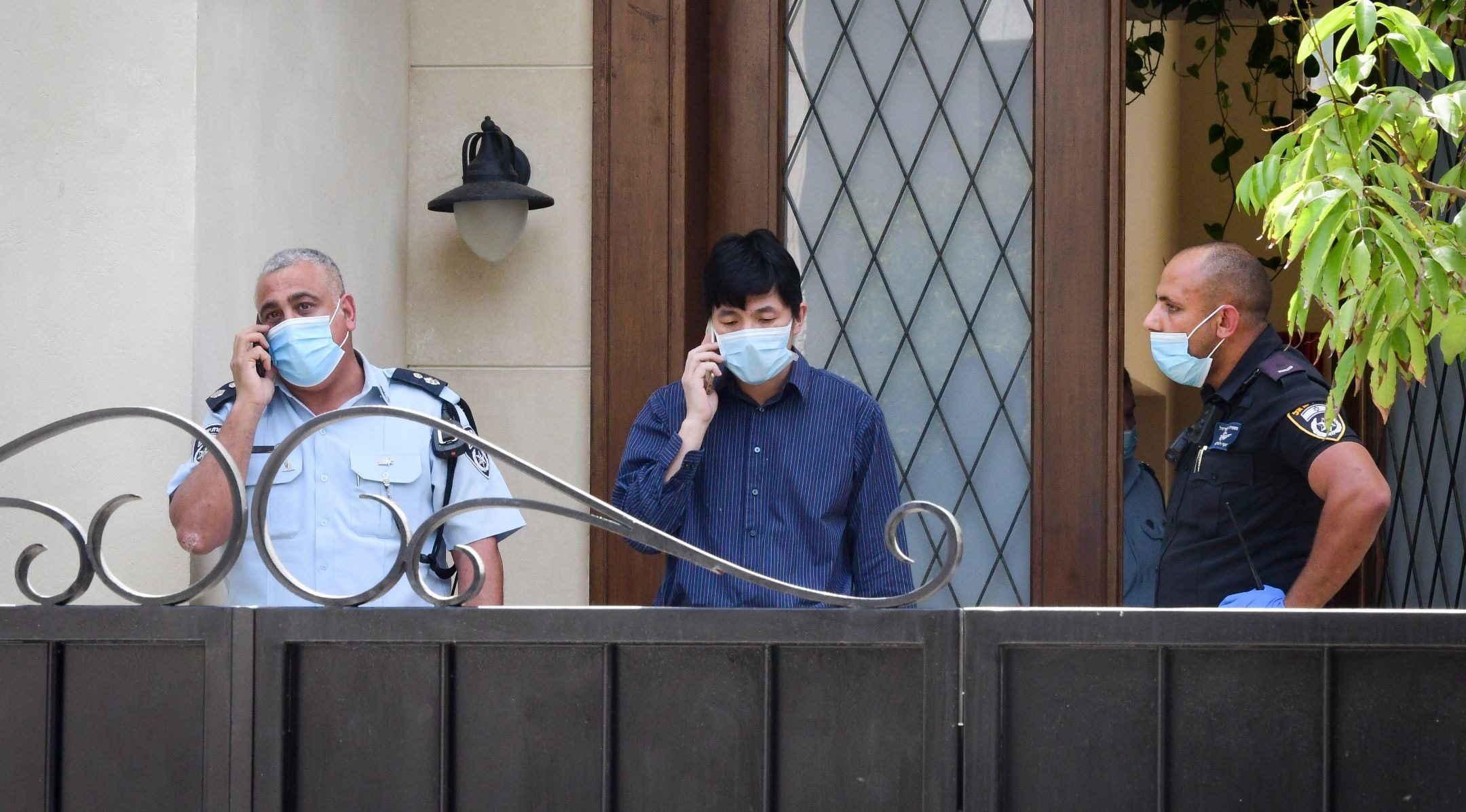 Israel Police at the Herzliya home of China's Ambassador to Israel De Wei, where he was found dead of what is believed to be natural causes on May 17, 2020. (Avshalom Sassoni/Flash90)
Advertisement

JERUSALEM (JTA) — China’s ambassador to Israel was found dead in his home Sunday in the central Israeli city of Herzliya.

The death of Du Wei, 58, who arrived in Israel just three months ago to take up his position, is not being treated as suspicious, according to Israeli media reports. He was found dead by staff in his bed, Haaretz reported. Magen David Adom emergency services, which responded to a call for assistance, reportedly said the ambassador appeared to have suffered a cardiac incident.

His death comes less than a week after US Secretary of State Mike Pompeo, during an hours-long visit to Jerusalem, pressed Israel to reconsider its relationship with China, which is investing in Israeli national infrastructure projects. Pompeo criticized China for not being transparent during the coronavirus pandemic in remarks that drew a sharp response from Beijing.

Du, who previously served as China’s ambassador to Ukraine, arrived in Israel Feb. 15 and immediately self-isolated for two weeks due to Israel’s coronavirus restrictions.