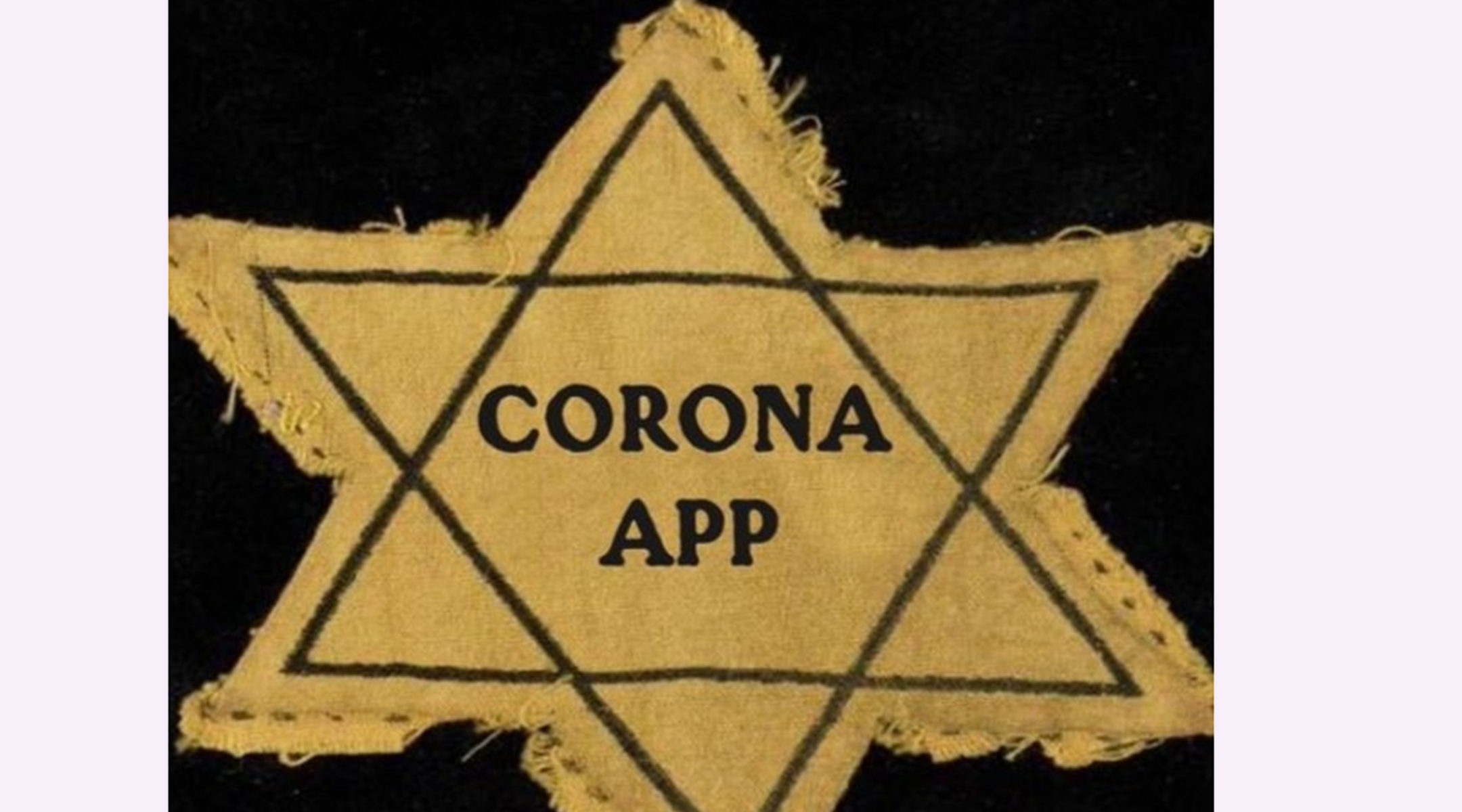 This picture tweeted by a city councilman in the Hague references the Holocaust to protest an application for monitoring coronavirus carriers. (Arnoud van Doorn/Twitter)
Advertisement

AMSTERDAM (JTA) — On the eve of Holocaust Remembrance Day, a Dutch-Muslim politician has tweeted a picture of a Jewish yellow star to protest plans to monitor coronavirus carriers.

Arnoud van Doorn, a member of the City Council of The Hague, posted the picture on Monday, the birthday of Adolf Hitler. Yom Hashoah, Israel’s day of mourning for Holocaust victims also observed by many Jews worldwide, starts in the evening and extends to Tuesday evening.

In 2018, van Doorn tweeted a prayer to Allah to “exterminate the Zionists” and said that fasting on Yom Kippur won’t help Jews atone for Israel’s sins. His Party of Unity says on its website that it strives to “promote the interests of the Islamist community.”

His tweet shows a yellow star of the kind that Nazis made Jews wear during the Holocaust bearing the words “corona app.” Its caption reads “No obligatory corona app,” a reference to a test being carried out by the Dutch government for a smartphone app that would help authorities monitor the whereabouts and interactions of people, including those they know or suspect are carriers, in order to curb the spread of the virus.

Tom de Nooijer, a member of the City Council of Oldebroek, a town situated some 40 miles east of Amsterdam, was among the many who criticized the tweet.

“Remove that star, Arnoud. You have no right to reference it,” wrote de Nooijer, who represents the pro-Israel Christian SGP party.