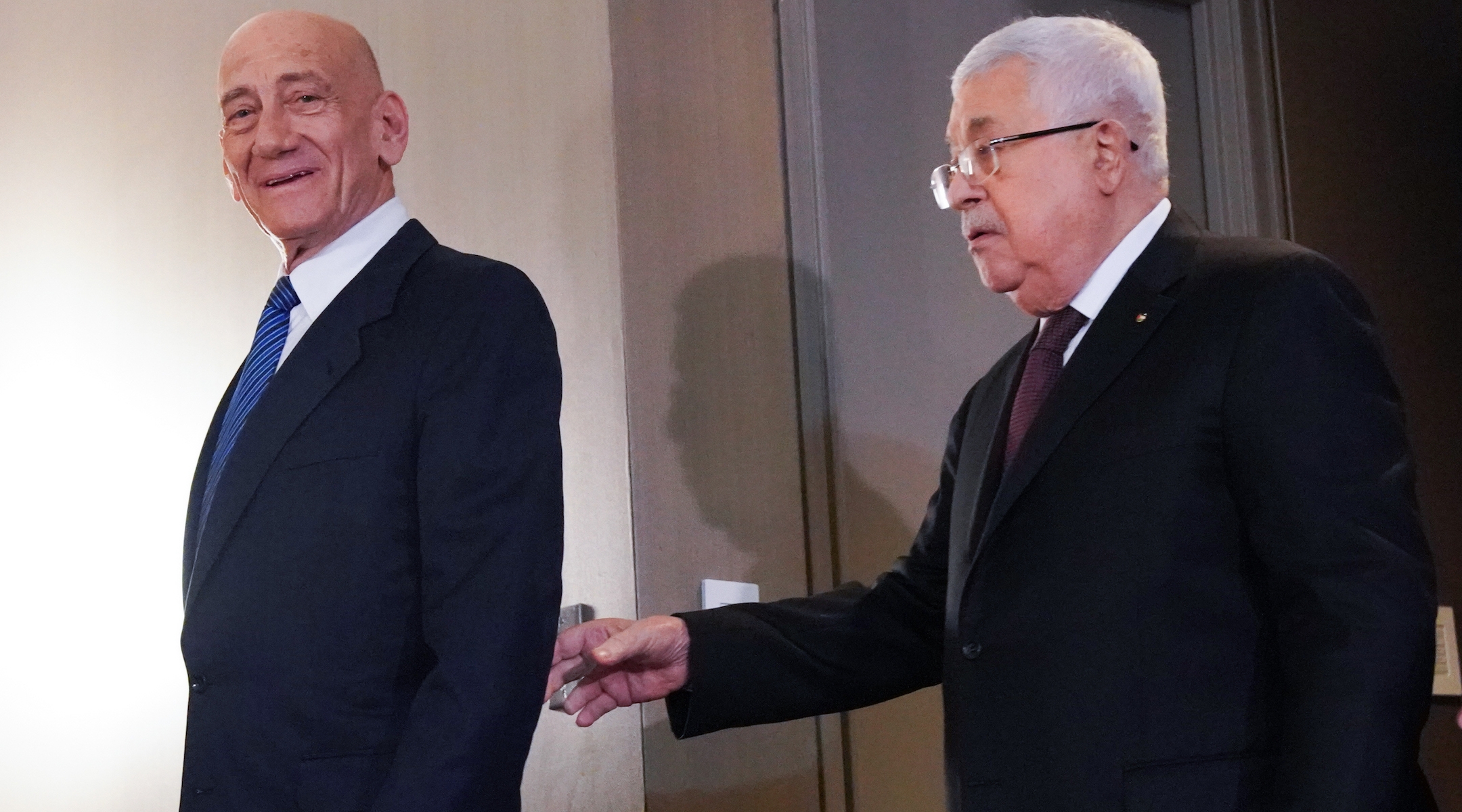 If Rivlin agrees, Olmert would have his conviction on moral turpitude erased, clearing the way for a possible return to a run for public office. Under Israeli law, politicians convicted of moral turpitude are prevented from running for seven years following their release. Olmert was released from prison in 2017.

Olmert has talked about returning to public life, though it is not clear if he would consider running again for Knesset.

His attorneys made the request, the Israeli media reported Tuesday.

Rivlin turned down a previous request in 2018 while Olmert was still in prison, but did lift all parole restrictions from Olmert two days after his release. Olmert served 16 months of a 27-month sentence.

Earlier this month, Olmert joined Palestinian Authority President Mahmoud Abbas in New York to reject the Trump administration’s recently unveiled peace plan and to call for new negotiations based on where the two leaders left off in 2008.

Olmert was the first Israeli prime minister to serve time in prison and be sentenced to jail. He resigned his post in September 2008 after police investigators recommended that he be indicted in multiple corruption scandals.