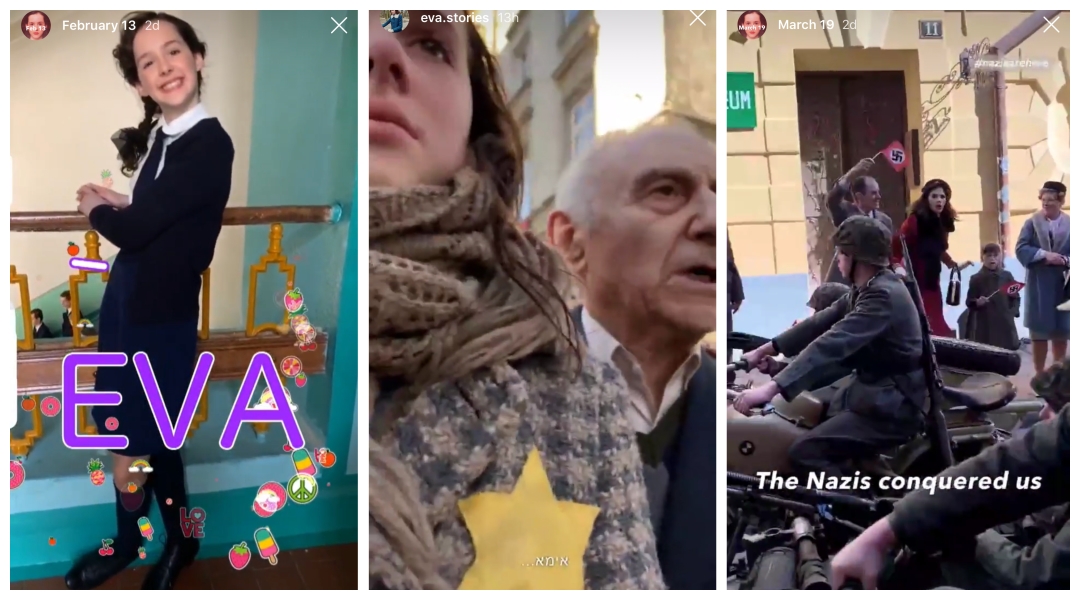 "Eva.Stories" is a dramatized version of the life of Eva Heyman, a 13-year-old Jewish girl killed in Auschwitz. (Screenshot from "Eva.Stories" on Instagram)
Advertisement

(JTA) — An Instagram story series about a Hungarian teenager who died during the Holocaust won two Webby Awards, the internet Oscars.

“Eva.Stories” won for best use of stories and for best campaigns on social media. The series was created by Israeli tech executive Mati Kochavi and his daughter Maya.

The Webbys were awarded Tuesday in an online ceremony.

For 24 hours last year on Yom Hashoah, Israel’s Holocaust Memorial Day, the Kochavis put up a dramatized version of Eva’s life on the social media site. The stories are based on a diary kept by Eva prior to her deportation and death. The stories appear as if 13-year-old Eva owned a smartphone and was connected on social media during the Holocaust.

The Kochavis had hoped their initiative would help spread awareness about Eva’s life and the Holocaust to a younger generation.

“Eva.Stories,” which has won several other awards, has 1.3 million followers.