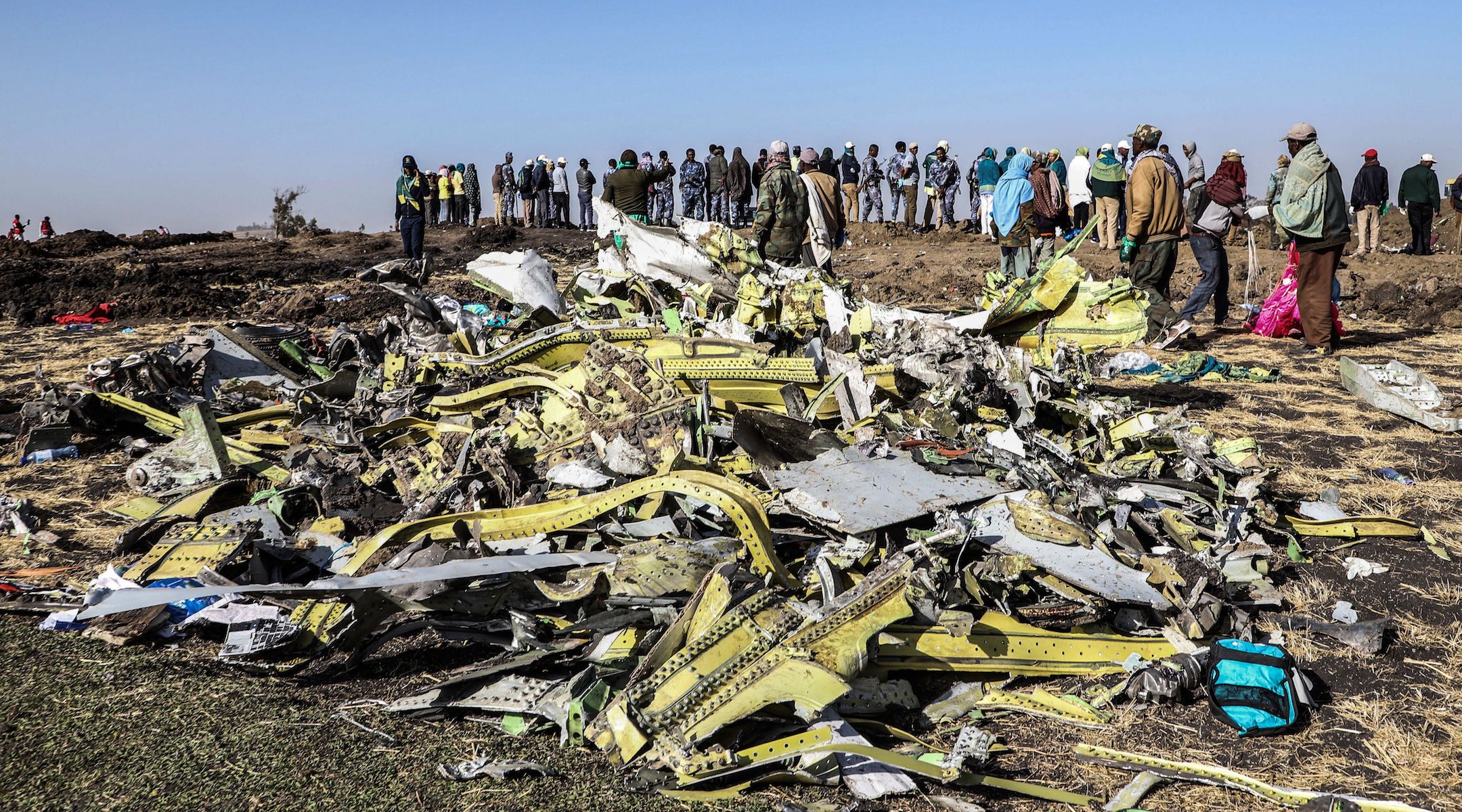 JERUSALEM (JTA) — A special rabbinical court ordered by Sephardi Chief Rabbi Yitzhak Yosef has determined that the families of the two Israeli men who died in the crash of an Ethiopian Airlines plane can begin the process of shiva, or the Jewish ritual mourning period.

The men’s wives will remain agunot, or chained wives who cannot remarry, however, until the identification of some of the remains of the men by DNA testing.

The remains of Avraham Matsliah, 49, from Maale Adumim, and Shimon Reem, 55, of Zichron Yaakov, as well as the other 155 people on board the Ethiopian Airlines plane that crashed on March 10 near Adis Ababa shortly after takeoff, have not yet been identified by DNA tests.

DNA samples have been taken from flight victims and from family members for matching by Interpol in Ethiopia, the Jerusalem Post reported. This could take six more months.

The court met for several days. It is headed by Yosef.

The rabbinical court took testimony from several members of Israel’s volunteer Zaka search-and-rescue organization which had limited access to the crash site and was unable to complete the research necessary for the rabbinical court.