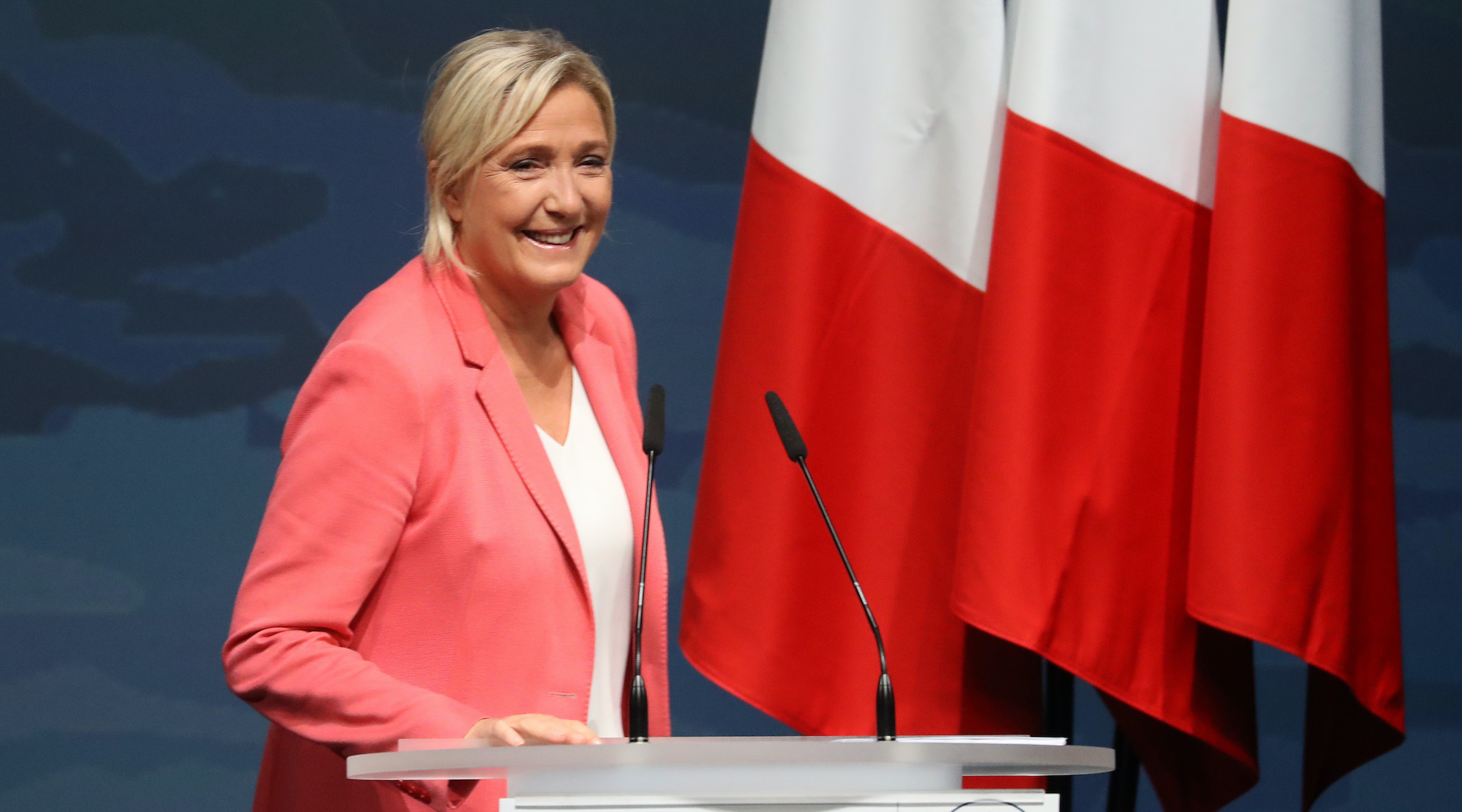 (JTA) — A new poll of French voters suggests that Marine Le Pen, leader of the far-right National Rally Party, is growing in popularity since the 2017 elections.

If France’s 2022 presidential elections were held now, Le Pen would beat President Emmanuel Macron and all other rivals in the first round. But in a subsequent runoff of the top two candidates, Macron would still win handily, as he did in 2017.

In the poll of 1,805 French voters published Sunday in Le Journal du Dimanche, Le Pen received between 24% to 27% of the vote, depending on who she would theoretically face. Macron, the runner-up, had 23% to 26%. The poll has a 1.8% margin of error.

French Jews, whose community of about 500,000 people is Europe’s largest, are largely wary of Le Pen, who has said she would ban the wearing of kippot in public so that she could impose a ban on wearing traditional Muslim garb without violating constitutional requirements on equality.

However, her strong stance against political and extremist Islam, as well as her rebuke of members of her party caught making anti-Semitic statements, have earned her a growing following among some French Jews. Polls from 2017 suggested that some 10% of French Jewish voters vote Le Pen, and possibly as many as 16%.

Le Pen’s father, Jean-Marie Le Pen, is a Holocaust denier with multiple convictions for inciting hate speech. Marine kicked him out of the party in 2015 for making an anti-Semitic joke about the Holocaust.