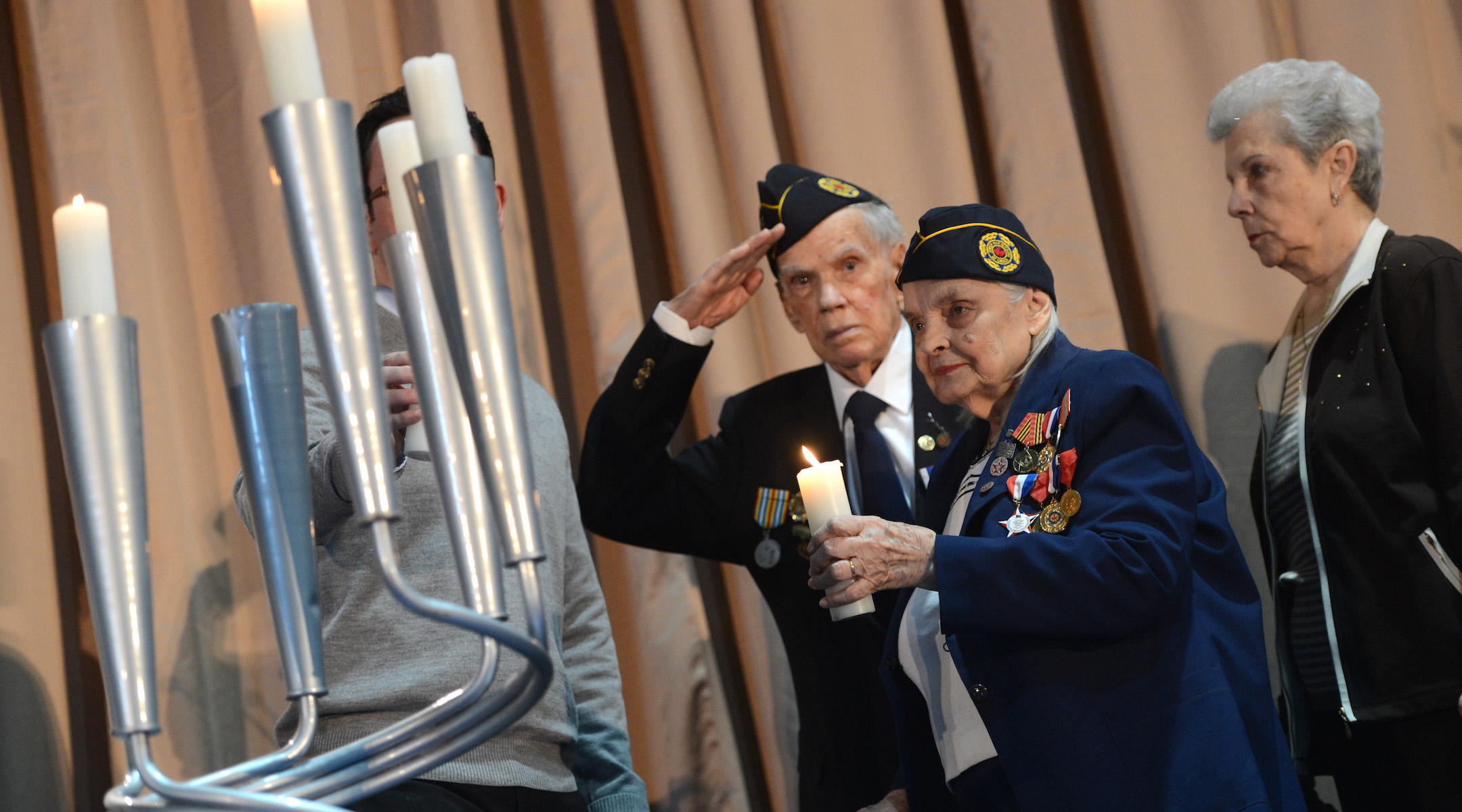 Faye Schulman lights a candle at a ceremony commemorating the 70th anniversary of the  Warsaw Ghetto Uprising at a UJA Federation building in Toronto in 2013. (Vince Talotta/Toronto Star via Getty Images) Living room
Advertisement

(JTA) — Faye Schulman, a Holocaust survivor who lost most of her family to the Nazis but joined a group of partisan fighters and documented their work in photographs, died April 24, The Washington Post reported Saturday.

Schulman’s photographs often depicted the smiling faces of young partisan fighters, with Schulman at times at the center in a stylish leopard print coat. Michael Berkowitz, a professor of Jewish history at University College London, told the Post that her photos were “extremely important in documenting the history of the resistance.”

Schulman was born in Lenin, Poland, a town that bordered the Soviet Union. Her family was killed in 1942 when the Nazis liquidated the ghetto there, marching most of the town’s Jews to trenches outside the town and shooting them. Schulman was saved due to her occupation — she was put to work photographing Nazi officials and developing prints for records.

She joined the partisans after escaping to the forests and became a nurse to wounded partisan soldiers. She developed her photographs by night.

She was liberated by Soviet troops in 1944 and later that year married a fellow Jewish member of the partisans, Morris Schulman. They lived in a German displaced persons camp after the war until moving to Canada in 1948, where Schulman lived until her death.

In 1995, Schulman published a book, “A Partisan’s Memoir: Woman of the Holocaust,” that included many of her photographs.