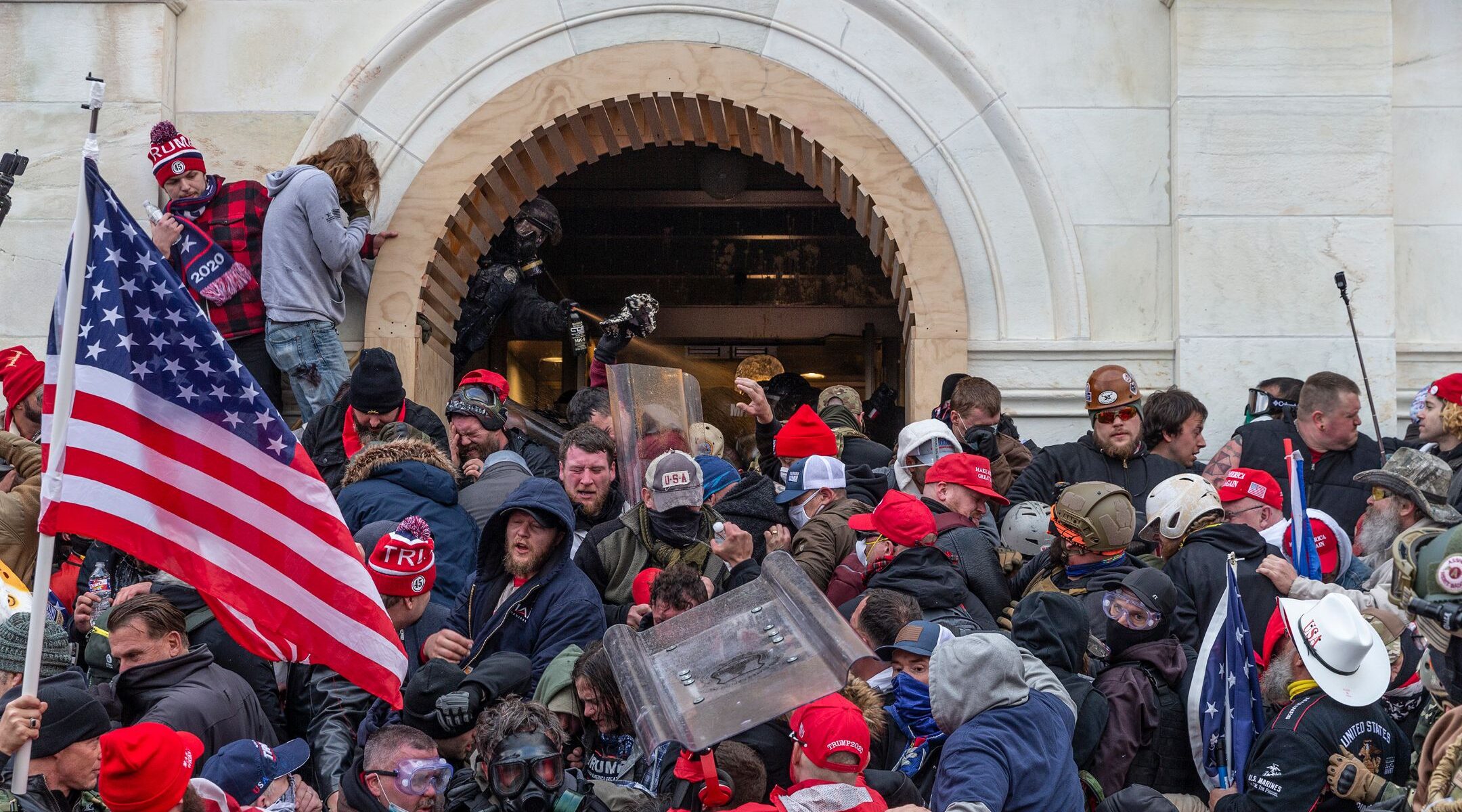 (JTA) — A Capitol rioter who sat in Mike Pence’s seat in the Senate chamber during the insurrection had a history of making anti-Semitic statements and associating with white supremacists, according to a federal complaint against him.

Christian Secor, who uses an online alias honoring a mass shooter, was arrested this week by the FBI and is charged with assault, civil disorder and other crimes related to the insurrection.

According to the federal complaint, Secor described fascism as “epic,” has celebrated the 2017 white supremacist rally in Charlottesville, Virginia, and “suggests Jews and the state of Israel control the politics of other governments and attempt to control ‘Westerners.'”

He has reportedly identified as a “Groyper,” or follower of white supremacist Nick Fuentes.