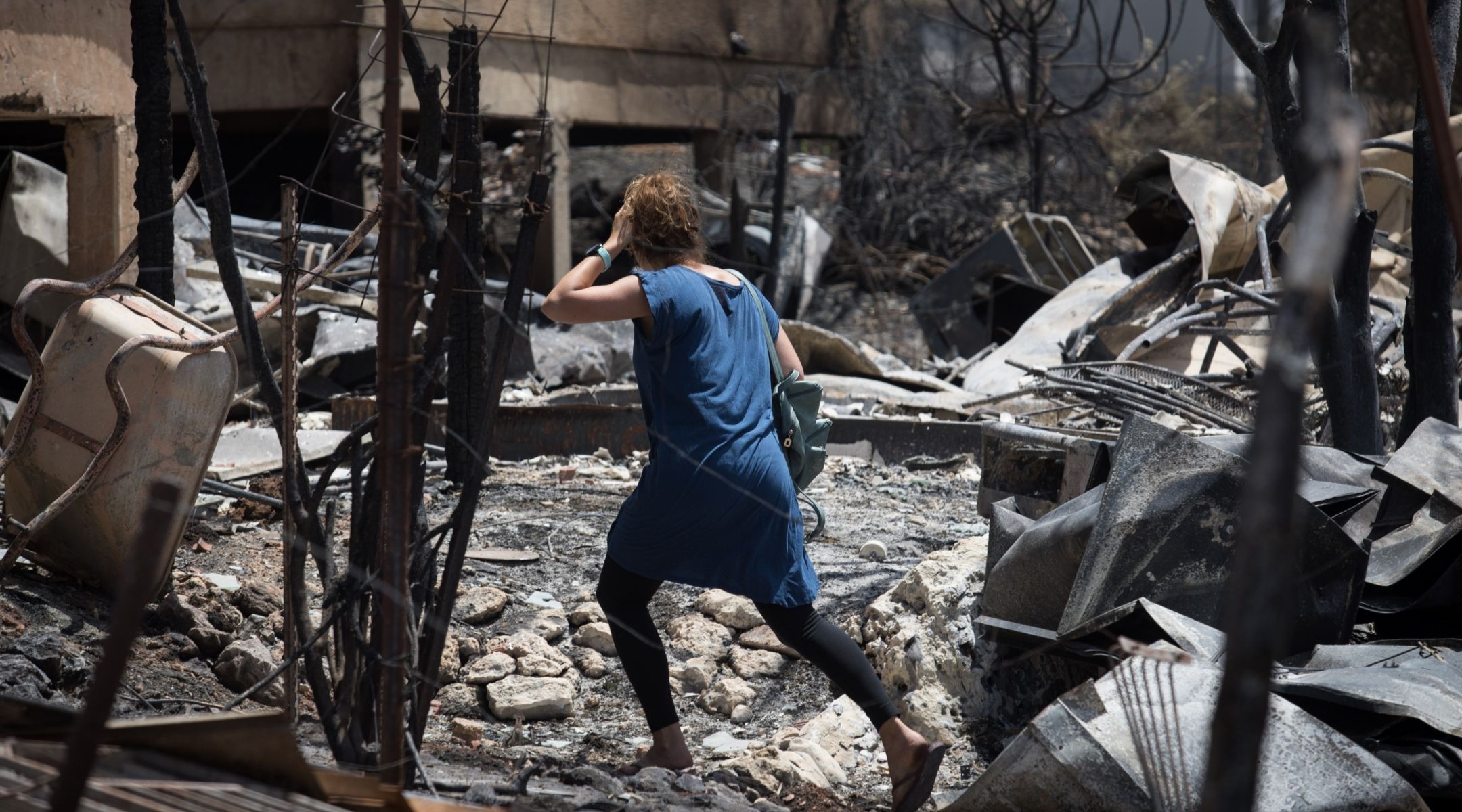 A resident of Mevo Modi'im in central Israel views the damage to her home caused by a massive forest fire that destroyed most of the village, on May 26, 2019. (Hadas Parush/Flash90)
Advertisement

JERUSALEM (JTA) — A fire that started in the Ben Shemen forest in central Israel which burned down the Mevo Modi’in community founded by the late Rabbi Shlomo Carlebach is a suspected arson attack.

The fire was one of more than 1,000 fires which burned throughout a very hot and dry Israel from Thursday to Saturday night.

Israel’s Fire and Rescue Service initially blamed the blaze on faulty electric wires, but has since discovered that it had several points of origin, suggesting arson, the Times of Israel reported.

Forty of the 50 homes that make up the community were burned down, as were ten homes in the adjacent community of Kibbutz Harel.

As of Sunday morning the residents had not been able to return to the ruins of their homes. Some reportedly visited the village later in the day.

The residents of the community were staying in the Ben Shemen Youth village. And held a communal Havdalah service at the end of Shabbat on Saturday night, and vowed to rebuild, Ynet reported.

“Although this disaster has befallen us, Shabbat is sweet and gives us life” said Alon Tieger, chairman of the association that runs Mevo Modi’in. “The way people of Israel opened their hearts to us, brought me to tears, and I did not cry when my house was burned.”