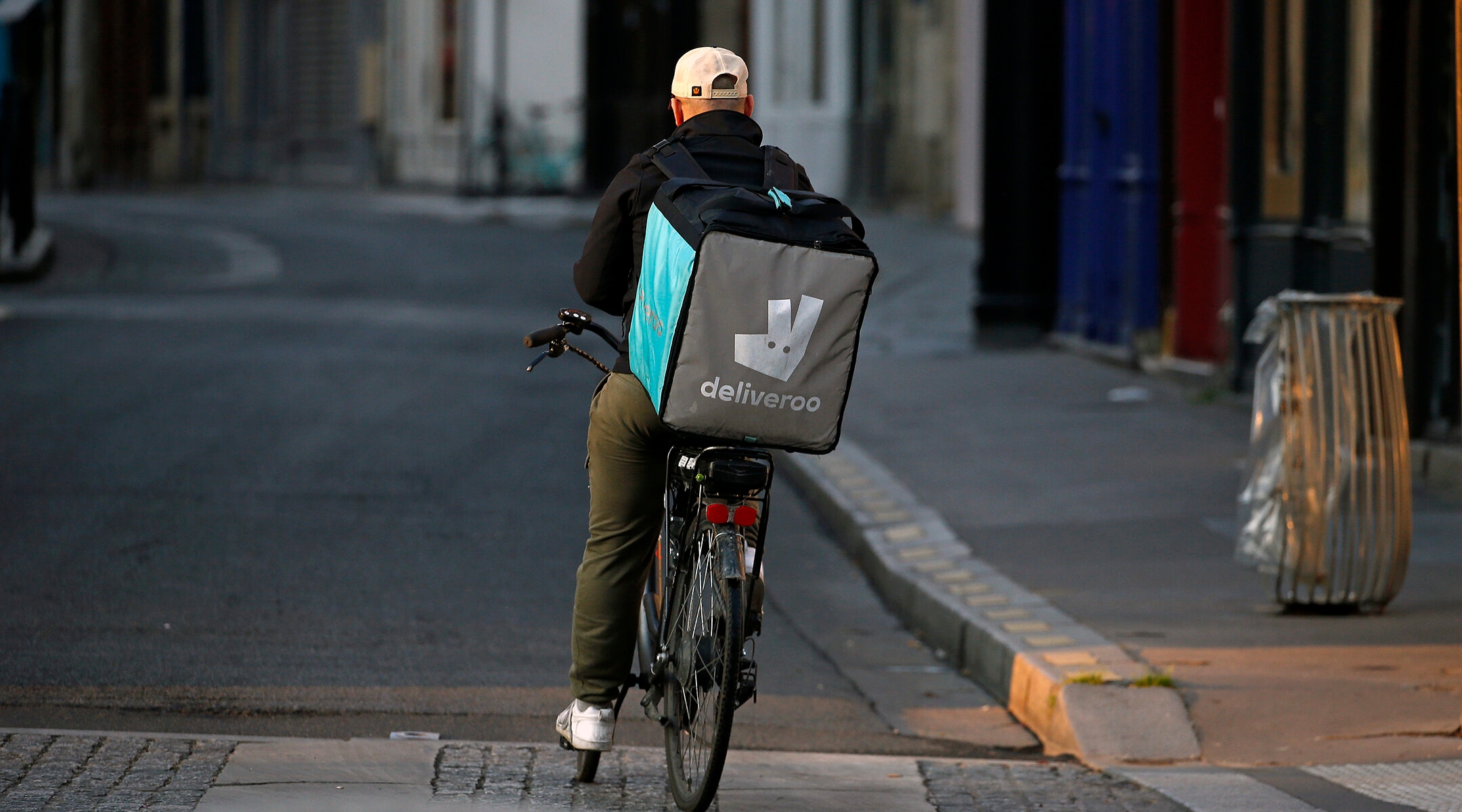 (JTA) — Two kosher restaurants in the city of Strasbourg, France said they had been were declined service by at least one delivery man, who allegedly said he does not want to serve Jews.

Both incidents happened Thursday amid a partial lockdown due to the COVID-19 pandemic, which has limited restaurants to offering only take away meals delivered by couriers. The delivery man who allegedly refused the kosher eateries service was working for Deliveroo. It is not immediately clear whether both incidents involved the same employee, the news site DNA reported Sunday.

At the first restaurant, the employee arrived to take out an order to a patron and asked the restaurant’s staff what sort of restaurant it was. They told him it served Israeli cuisine, to which he replied: “I don’t serve Jews” and said that he is canceling the order,  Raphaël Nisand, a lawyer representing that restaurant, told DNA.

Later in the day, a second kosher restaurant was also declined service by a Deliveroo employee, DNA reported.

On Friday, the owners of both restaurants complained to police of discrimination and alerted the Consistoire, French Jewry’s organization responsible for religious services, and the National Bureau Against Anti-Semitism, or BNVCA.

Queried by the Jewish Telegraphic Agency, a Deliveroo spokesperson wrote in an email that the firm “takes a zero tolerance approach to any form of anti-Semitic language,” adding that the “rider will have their contract with Deliveroo ended with immediate effect once we have carried out the necessary due diligence to confirm the reports.”