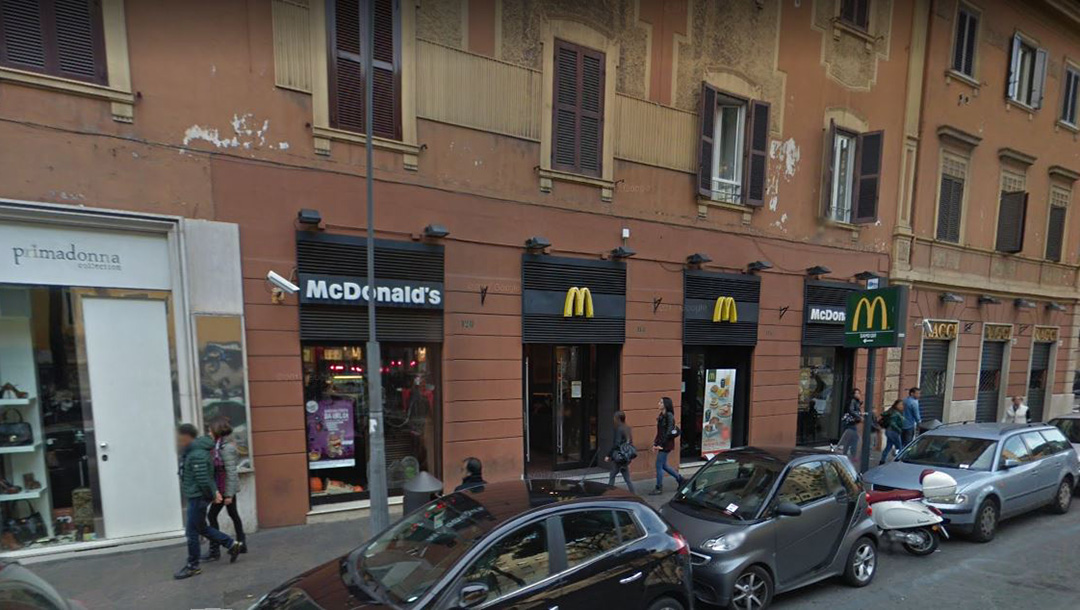 Pedestrians walk past the McDonald's restaurant on Piazza Re di Roma in Rome, Italy in 2015. (Google Street View)
Advertisement

(JTA) — A food delivery man in Rome was stabbed after telling a fellow courier to stop an anti-Semitic rant this weekend.

The victim sustained lacerations on his face and required medical treatment but is not in critical condition.

The incident occurred in Rome’s Piazza dei Re di Roma square, where the two men were waiting for orders of McDonald’s to deliver. The alleged attacker, who was working with the Deliveroo service, ranted about Jews while waiting for the food. The alleged victim, who was working for the competitor Just Eat service, protested the anti-Semitic rhetoric.

The news site did not identify either of the men or say if either was Jewish. Both are middle-aged, the news site wrote.

The alleged attacker left the scene on his motorcycle after the incident. Police are searching for him on suspicion of assault aggravated by racist hatred.