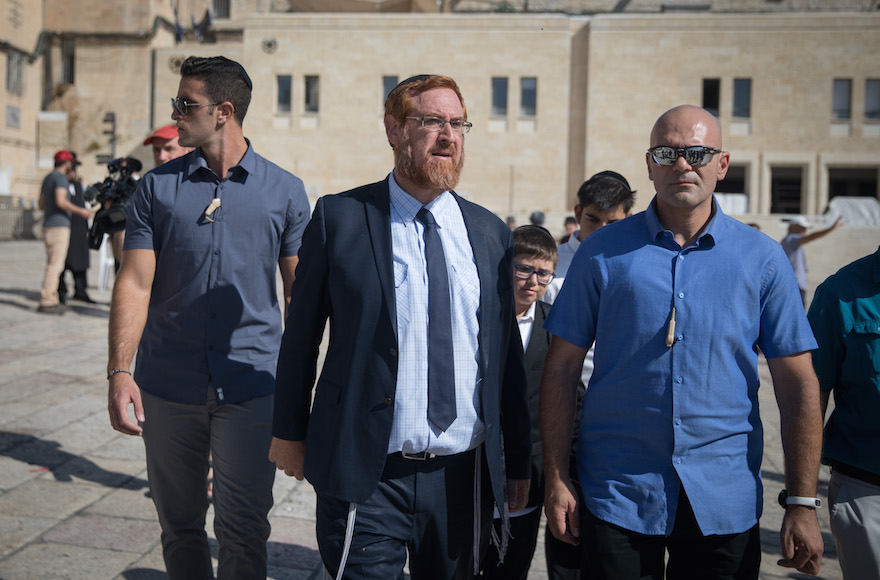 JERUSALEM (JTA) — Former Likud Knesset member Yehuda Glick was arrested twice in less than 24 hours in connection with a visit to the Temple Mount in which he escorted two visiting U.S. congressmen.

On Tuesday, U.S. Reps. Mike Johnson of Louisiana and Jim Jordan of Ohio, both Republicans, and their spouses were touring with Glick on the site, which is holy to both Jews and Muslims. Upon returning there after the tour, Glick was handcuffed and arrested by Israel Police for being “provocative.”

Glick told i24 that a police officer told him he was walking too slow and should speed it up. Glick maintains that he visits the site at least once a week and always walks the same way. Jews are not permitted to pray on the Temple Mount, but the report did not say Glick was praying there.

Hours after his release, after 11 p.m., police arrived at Glick’s home with a search warrant looking for material on his case that they believed he took from the police station. He was arrested again after police turned over his home.

Glick returned to the police station again on Wednesday for questioning and brought the documents with him, The Times of Israel reported. He said he had accidentally taken them with other documents that he had been given.

In October 2014, Glick was shot in the chest and seriously injured in a failed assassination attempt by a member of Islamic Jihad as he left a Jerusalem city conference center, where he had spoken about the Jewish right to pray on the Temple Mount.