Former secretary at Nazi death camp, 95, to stand trial for accessory to murder 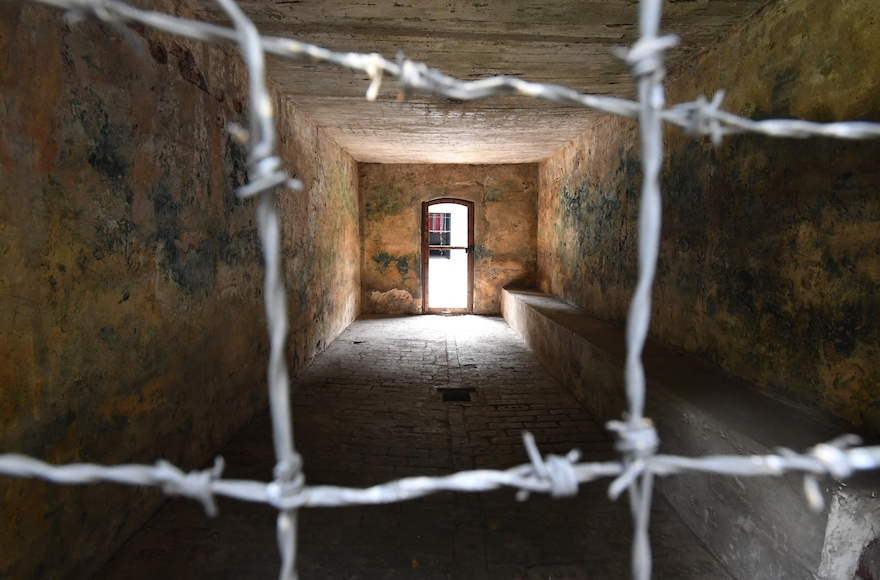 (JTA) — Prosecutors in Germany have indicted a 95-year-old woman who served as a secretary to a Nazi death camp’s commander during the Holocaust.

The woman, identified under German privacy laws only as Irmgard F., is charged with complicity in the murders of 10,000 people at Stutthof, a camp in occupied Poland. She will be tried in juvenile court because she was under 21 when she worked at the camp.

The indictment against the woman, who reportedly resides in an old-age home north of Hamburg, is based on testimonies from survivors of the camps who are now living in the United States and Israel. About about 65,000 people were murdered at Stutthof.

Germany has prosecuted several accused accomplices to Nazi war crimes since the 2011 conviction in Munich of former concentration camp guard John Demjanjuk, who had been living in the U.S. before being arrested, deported and tried for his role at the Sobibor concentration camp. He was found guilty as an accessory in the murders of nearly 30,000 Jews at the camp and died in 2012.

The Demjanjuk case set a precedent that being a guard at a death camp was sufficient to prove complicity in murder. But the number of people present at the camps who are still alive and able to face prosecution is dwindling. The indictment against Irmgard F. resulted from a five-year investigation, prosecutors said.