From Israel (especially) and the arts to science and toilets, this late letter writer wrote about them all 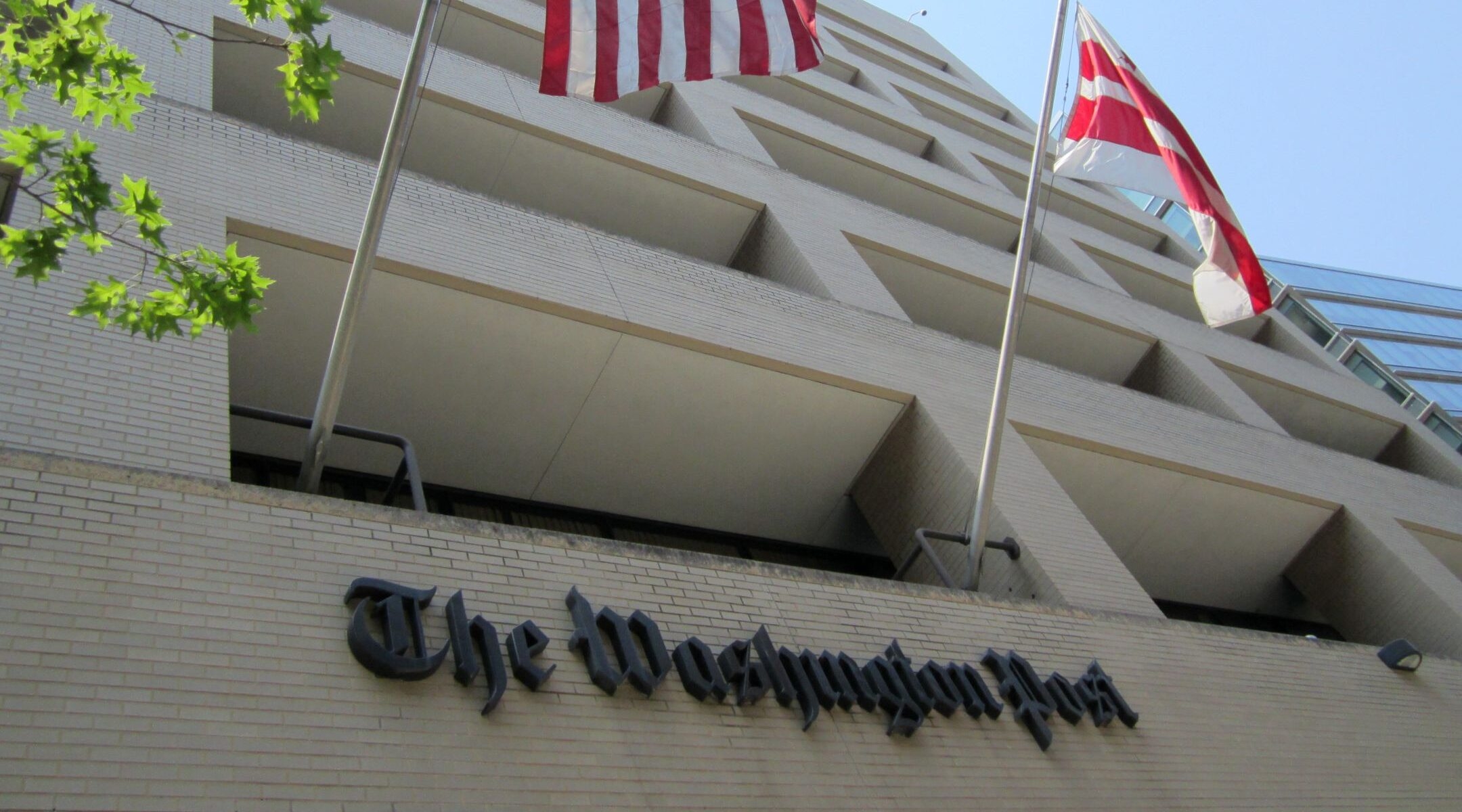 WASHINGTON (JTA) — The Washington Post editorial page limits letters from readers to two a year. Nelson Marans found a way around the limit: He wrote to the paper’s other sections.

Marans, who died last month at 97, was perhaps the paper’s most prodigious letter writer, and his favorite topic was what he perceived to be The Post’s unfair coverage of Israel.

The Post, in a loving tribute on Monday to one of its most consistent critics, wrote that Marans’ first letter to the editor was in 1982: He complained that the Post had covered an anti-nukes protest, but failed to cover a pro-Israel protest six times its size.

“Such an oversight does not reflect favorably on the quality of The Post’s news coverage,” Marans wrote.

He would go on to write and write, exponentially more after he retired as a chemist in 1987. Marans averaged two to three letters a day, he told the Washington City Paper in 2004, and he had an astonishingly high 11% publication rate.

He explained that he got around the Post’s twice a year limit by writing to other sections: Arts (marble is better for sculptors); Travel (why London theaters were right to hike ticket prices); and local (a paean to a trio of basketball players who got their start at a D.C. high school).

Although, of course, not always: One frustration was that a letter to The Washington Post’s Home section suggesting modifications to toilets was, well, disposed of.

His passion, however, was Israel, and another mainstay — among a plethora of national and local papers that Marans favored with his critiques — was the Washington Jewish Week, where he would express his frustration with U.S. policy that he believed unfairly burdened Israel with expectations.

The letter limit at the Jewish Week was once every two months. At the Chemical & Engineering News magazine, it was once every six months, but a retired editor, commenting on The Washington Post remembrance, said, “I noticed that he found editorial relief elsewhere.”

Marans wrote, he told the City Paper, because “I want to get rid of the anger,” He was published, editors said, because he was civil and kept to the point.

His wife, Rhoda, despaired of putting the brakes on his passion. She called the clutter around the computer where he wrote a “horror.” (He was late to computers, retiring his manual typewriter only in the early 2000s.)

Marans, a father of three children, was dedicated until the end. Shortly before he died, on his way to the hospital, he motioned to his son, Jon, who leaned in.

“Check my emails,” the elder Marans said. “See if I got any more published letters.”