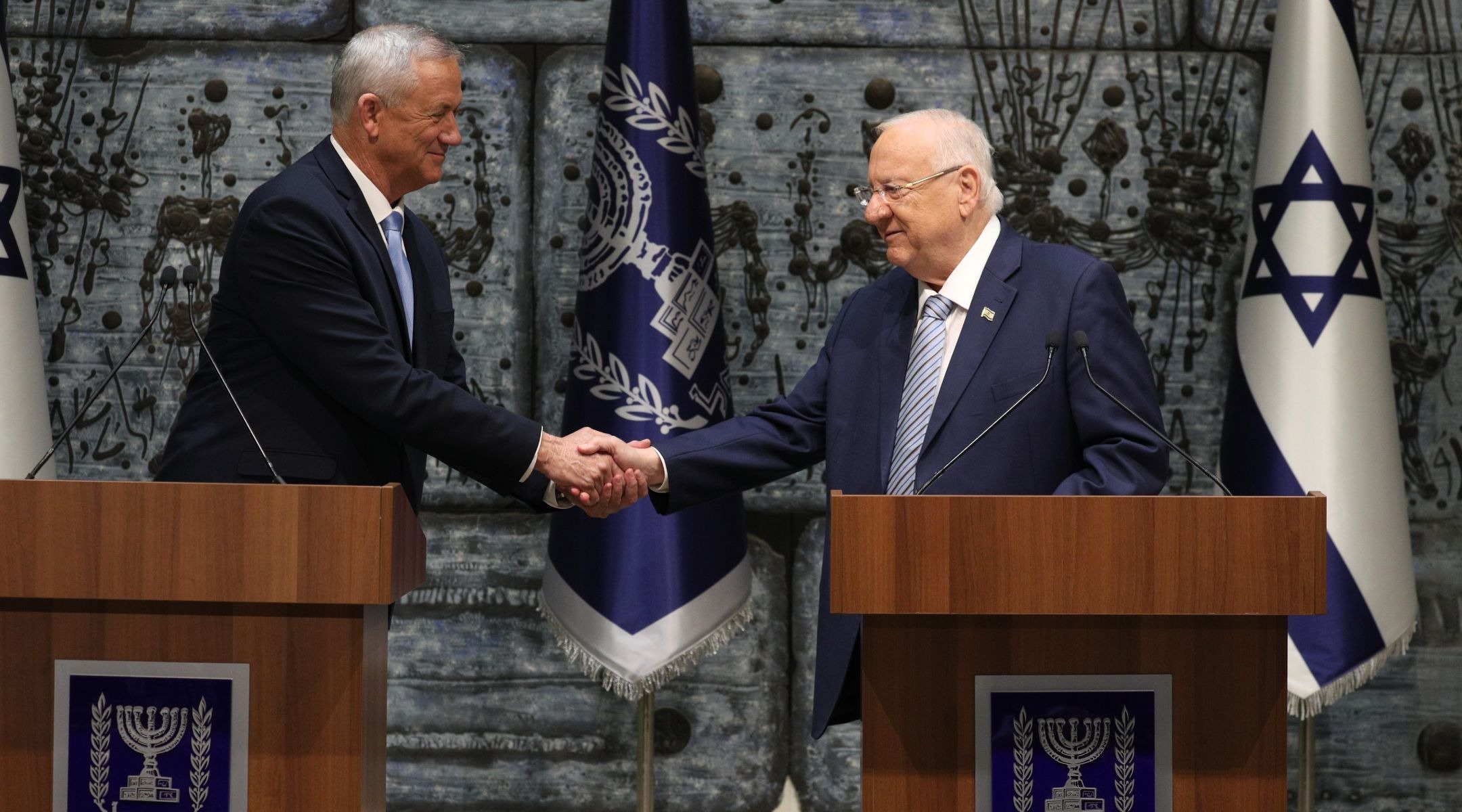 JERUSALEM (JTA) — Benny Gantz said Wednesday that he will aim to form a unity government with Prime Minister Benjamin Netanyahu’s party to “repair the divisions in our society.”

“I promised I would form a liberal unity government and that is what I intend to do,” Gantz said.

The Blue and White party leader made the remarks after being officially tasked by President Reuven Rivlin with forming a government.

In remarks directed at Netanyahu, Gantz said: “We’ve known each other for many years and I see you as an Israeli patriot. Together with you and the good people in Likud, we have the responsibility to conduct a respectful, ethical conversation for the sake of all those who wish to form a government in Israel.”

In the wake of Netanyahu’s recent failure, Gantz will have 28 days to form a government coalition. If the former military chief of staff fails, Knesset members have 21 days to advise Rivlin of their support for another lawmaker to form a government, and Rivlin could task a third person with the mandate.

If that fails, Israel will go to a national election in March — its third vote in less than a year.