German church covers anti-Semitic sculpture it was forced to keep 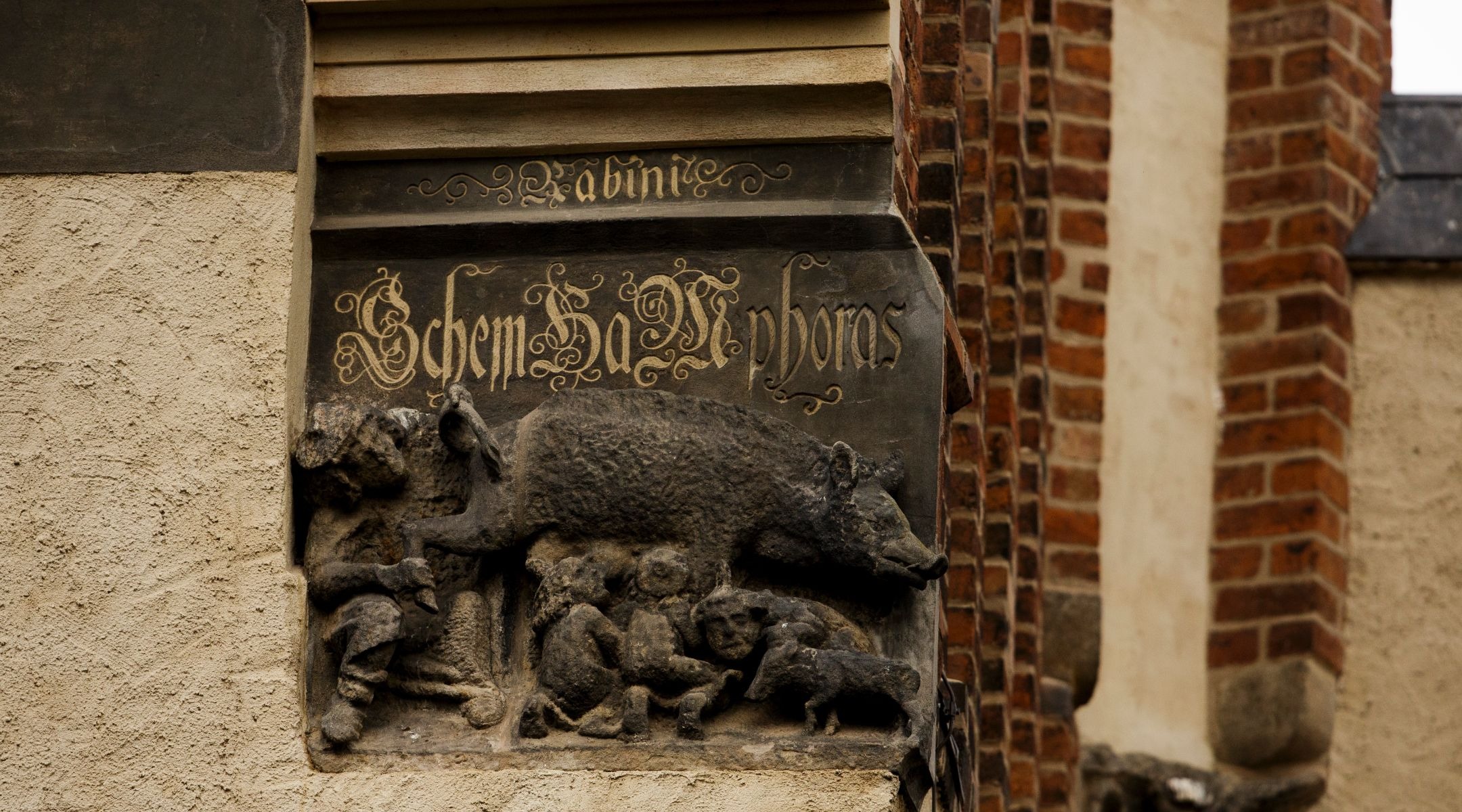 The controversial "Judensau, "or "Jew's Sow," relief on the facade of the historic 14th-century Stadtkirche church in Wittenberg, Germany, where theologian Martin Luther once preached. (Carsten Koall/Getty Images)
Advertisement

(JTA) — A church in Germany was forced to keep an anti-Semitic gargoyle of a Jew kissing a pig’s rear end, so it did the next best thing: covered it up.

The Stephan Church in Calbe, a city situated some 80 miles southwest of Berlin, reinstalled the relief on its façade this week after it had been dismantled earlier in the year for restoration work, the Volksstimme newspaper reported Friday.

The evangelical church’s pastor, Jürgen Kohtz, said his church didn’t want the relief to be reinstalled at all, but it was required because of legislation that forbids the removal of any element in the building housing the church, which is a registered monument.

“This sculpture was meant as an insult to Jewish citizens,” Kohtz said.

The statue, which is believed to have been installed in the 15th century, was covered amid ongoing efforts to have it dismantled, the report said.

Dozens of anti-Semitic reliefs can be found in churches across Germany. One recurrent theme is the Jew Sow, featuring a female swine with Jews suckling from her udders.

German Jews and others have campaigned to have the anti-Semitic imagery removed, with limited success.

In February, a court in Karlsruhe rejected a motion to remove one Jew sow relief from a church in Wittenberg, near Berlin, where the theologian Martin Luther once preached.

Luther, whose writing featured many anti-Semitic ideas, referenced the Wittenberg gargoyle in a 1543 essay, joking that the Jew depicted in it looks like he’s reading the Talmud when he’s staring into the pig’s behind.