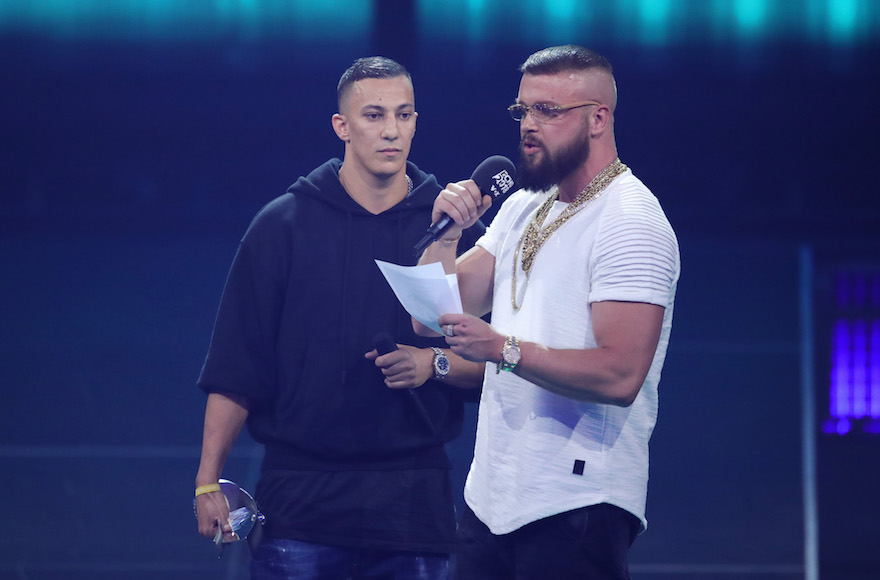 The municipality of Düsseldorf posted a public service announcement featuring Farid Bang on its Facebook page Wednesday. In 2018, Bang and a collaborator released a song in which they rapped about having “bodies more sculpted than Auschwitz inmates,” and contained lyrics about “another Holocaust; let’s grab the Molotov” cocktails.

When the two artists won a top music award that year, several other winners returned their awards in protest. German prosecutors investigated the artists but decided the song was merely tasteless, not a violation of laws prohibiting Holocaust denial and anti-Semitism,

The commissioner for the fight against anti-Semitism in the state of North Rhine-Westphalia criticized the decision to involve Farid Bang in the social distancing promo.

“The choice of rapper, Farid Bang, for a public project, which is supposed to shed light on the topic of the coronavirus, is hard to bear,” the commissioner, Sabine Leutheusser-Schnarrenberger, told the Rheinische Post newspaper.