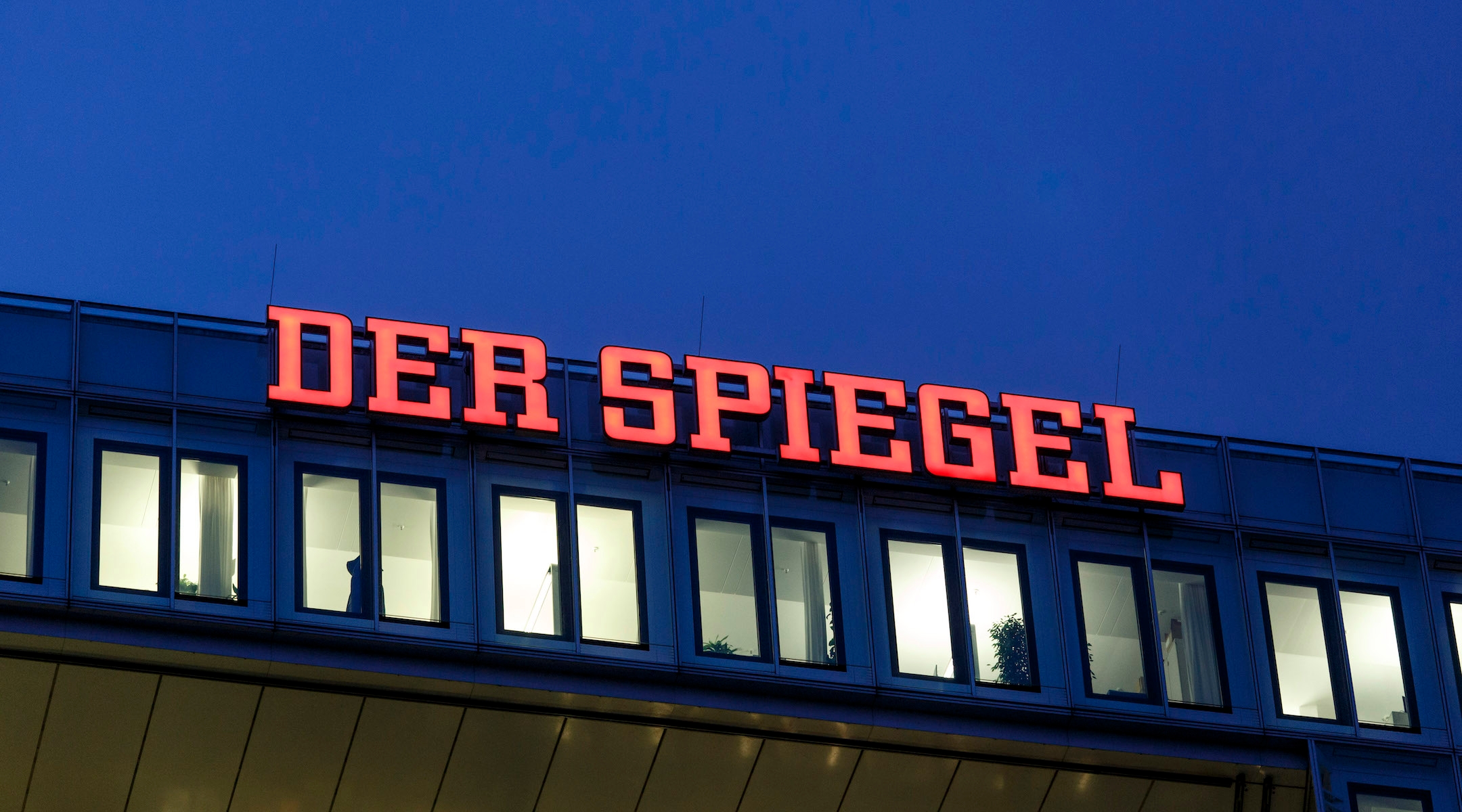 (JTA) — Der Spiegel magazine in Germany published a story claiming that the pro-Israel lobby was behind the parliament’s decision to  pass a resolution condemning the boycott Israel campaign as anti-Semitic.

Now the nation’s Jewish community leaders and others are lashing out against the magazine.

“The text is brimming with accusations of alleged Jewish influence in connection with money payments,” Josef Schuster, head of the Central Council of Jews in Germany, said in a statement Sunday to the German Jewish weekly, Juedische Allgemeine. “The article clearly makes use of anti-Semitic cliches and thus stirs up anti-Semitism.”

The July 12 article titled “Lobbyism in the Bundestag: How Two Clubs Steer the German Middle East Policy” purports to uncover unethical practices by two Israel lobbying groups —  the nonpartisan German-Jewish Values Initiative and the Middle East Peace Forum, or Naffo —   that led to the nonbinding resolution passed in May by the Bundestag rejecting the Boycott, Divestment and Sanctions campaign against Israel, or BDS.

“What is perfectly normal in democratic conditions is portrayed here as particularly scandalous because Jews and Israel occur,” said Frank Müller-Rosentritt, a Bundestag member from the FDP party. “Thus the BDS decision of the Bundestag is drawn as a work of dark forces, the deputies as unintentional marionettes. The contributors intentionally play with these resentments.”

On Monday, Spiegel editors insisted in a statement that they were merely exploring “questionable practices of lobby groups.”

The magazine’s investigation was triggered by criticism from politicians who are “far removed from the suspicion of being anti-Israeli or anti-Semitic,” they said.

Among the alleged transgressions attributed by politicians to the pro-Israel groups were the “systematic attempt to influence” lawmakers and interfering in a parliamentary process, Spiegel said.

The editors also rejected charges that they had tried to delegitimize a legal donation practice and had exaggerated the influence of the two organizations.