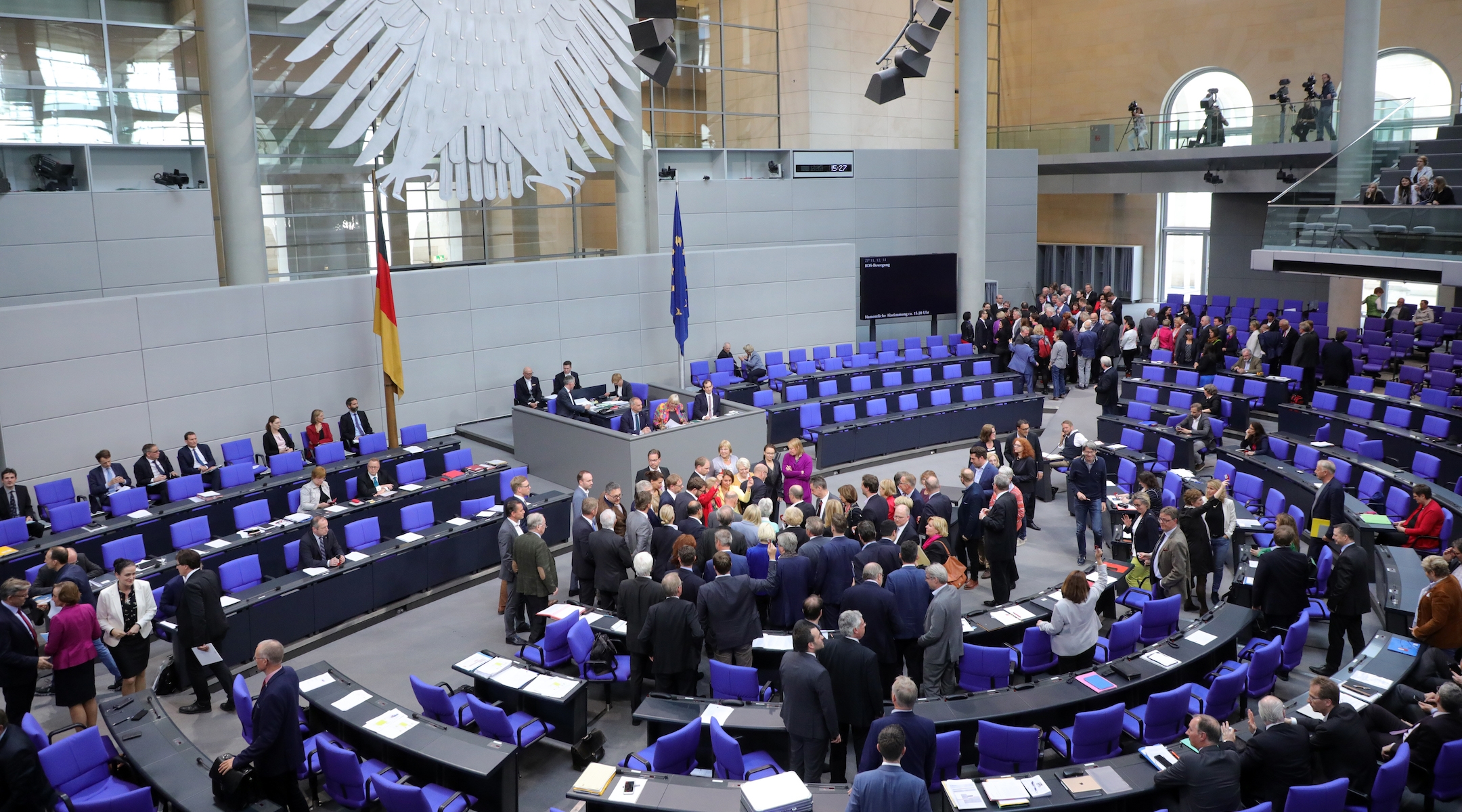 A view of the German Bundestag, or parliament, May 17, 2019, when its major parties voted to condemn the Boycott, Divestment and Sanctions movement as anti-Semitic. (Wolfgang Kumm/picture alliance via Getty Images)
Advertisement

The legislative body voted Friday to approve a nonbinding resolution proposed by the four mainstream parties — the Social Democrats, the Free Democrats, the Christian Democratic Union and the Greens.

Their joint motion demands a clear condemnation of calls for Germany to boycott Israeli goods, describing the “patterns of argumentation and methods of the BDS movement” as anti-Semitic. They refer specifically to”‘Don’t Buy” stickers that BDS activists have pasted onto some products from Israel. The resolutions says the action is reminiscent of the Nazi-era slogan “don’t buy from Jews.”

According to the resolution, the German federal government should not provide funds or meeting space to movements that tap into anti-Semitic motifs or express anti-Semitism, for example by denying Israel’s right to exist.

The Left Party had submitted its own motion, which specifies that only expressions of anti-Semitism within the BDS movement be singled out for criticism. The party does not criticize the BDS movement as such.

The far-right AfD party had proposed banning BDS entirely. Germany’s mainstream parties will not cooperate with the AfD because of its anti-immigrant politics and the tendency of some of its politicians to relativize the Holocaust.

The BDS movement accuses Israel of being an apartheid state, and calls for a boycott of Israeli businesses, musicians, academics and politicians. Its leaders insist their activities are aimed at the activities of the Israeli government, not Jews per se. Their efforts have ramped up on the eve of the Eurovision Song Contest, which is being held this week in Israel.