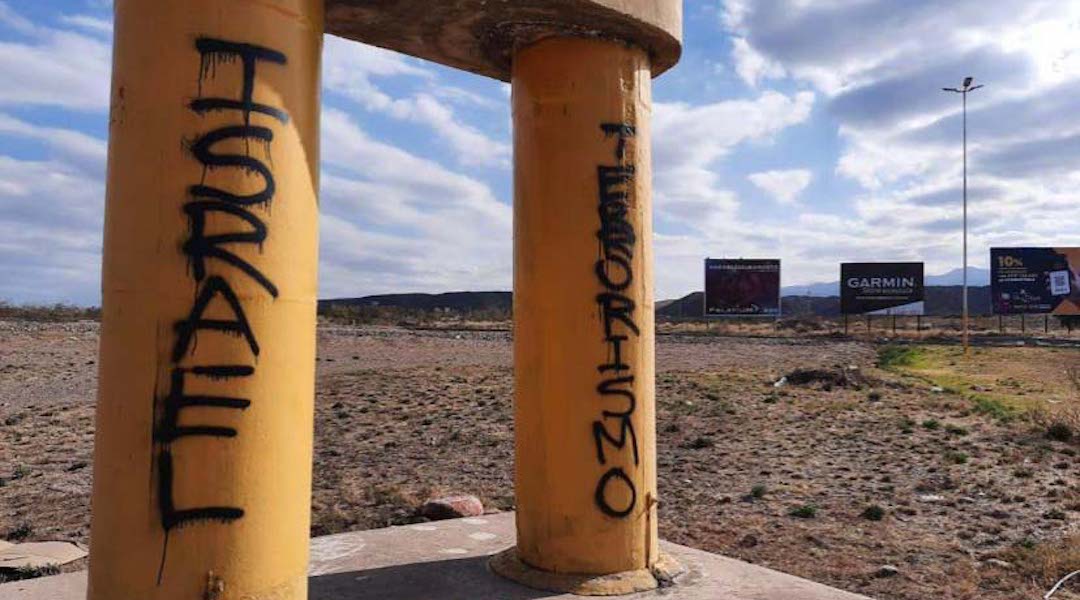 BUENOS AIRES, Argentina (JTA) — The phrases “Get Zionism out of Argentina” and “Israel Terrorism” were spray-painted alongside roads in Lujan de Cuyo, a small city in the Mendoza province nearly 650 miles northwest of Buenos Aires.

The city’s mayor, Sebastian Bragagnolo, condemned the vandalism, saying Wednesday that “it goes completely against the values ​​in which we Lujaninos believe.”

Some 3,000 Jews live in Mendoza province, which has a population of 1.9 million.

“It is very uncomfortable to see … it is irritating, but we are pleased by the quick reaction of the local government,” Marcos Horenstein, representative of the Mendoza chapter of the Jewish political umbrella group DAIA, told the Jewish Telegraphic Agency.

Last week, posters with the phrase “Jews are the virus” showed up in Neuquen, a city nearly 700 miles south of Buenos Aires.