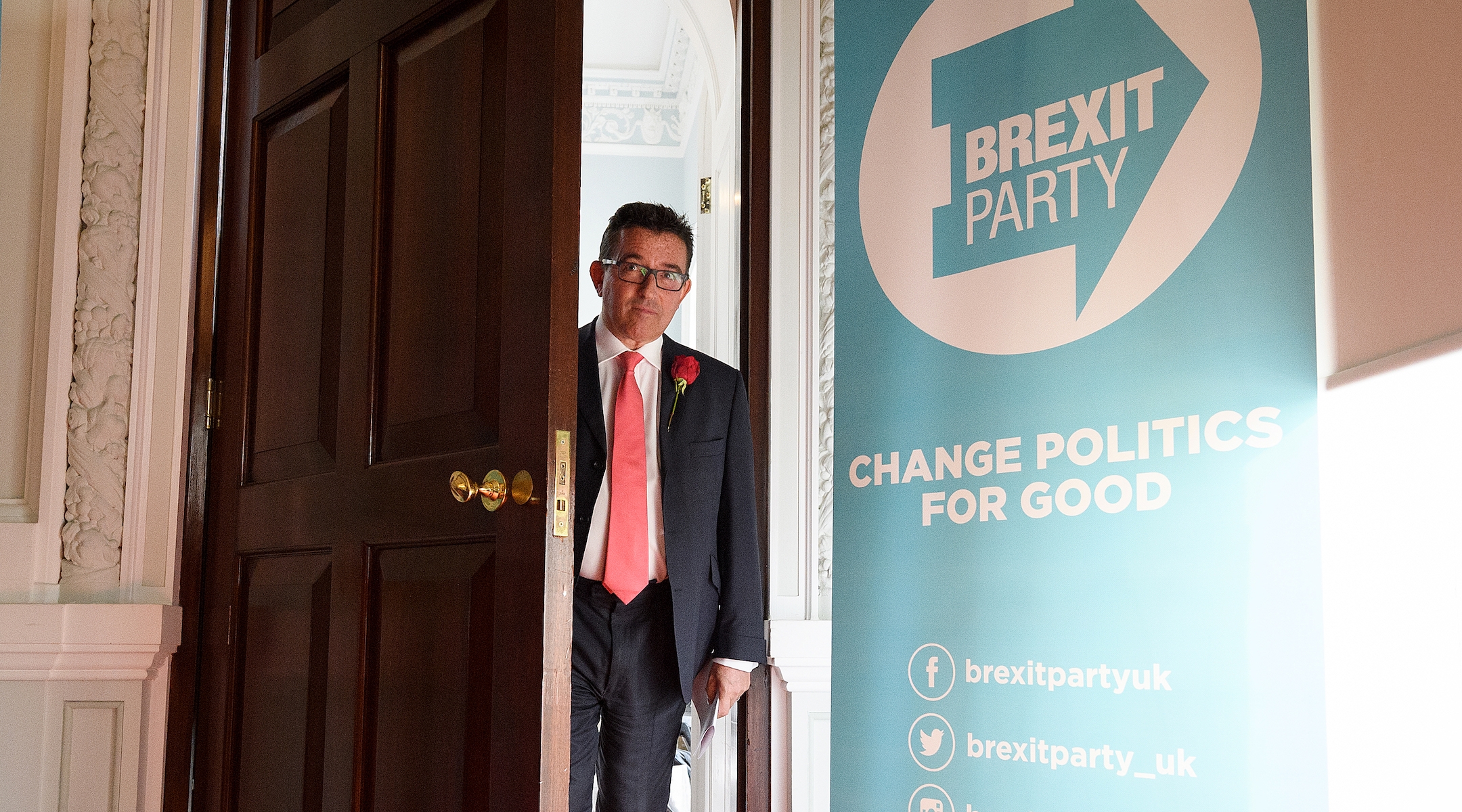 Lance Forman prepares to speak to journalists and supporters in London as his Brexit Party announces its candidates for possible British involvement in the upcoming EU elections, April 23, 2019. (Leon Neal/Getty Images)
Advertisement

LONDON (JTA) — The painting of a swastika on a factory owned by a British Jewish man owed to his pro-Brexit stance, not to anti-Semitism, he said.

Lance Forman, a European Parliament lawmaker for the Brexit Party and owner of H. Forman & Son, a century-old salmon smoking company in the eastern part of the city, made the claim in an interview Wednesday with the Jewish Telegraphic Agency about the incident in May.

“The story came out in the media that there had been an anti-Semitic attack on the property of a Jewish business owner whose father was a Holocaust survivor,” Forman said.

A woman phoned the factory in May and said that an acquaintance of hers painted the swastika to protest Forman’s support for Brexit, he said. She identified the man, Forman said, but he declined to name the man in the JTA interview.

The incident happened within days of Forman announcing his candidacy for the European Parliament election.

Separately, Jayne Cowan, a Jewish member of the City Council of Cardiff, situated 150 miles west of London, received death threats and had blood smeared on her car this week, the Jewish News of London reported Friday.

Cowan said she has had fish thrown in her garden and dog feces smeared on her windows. While she was running in 2016, swastikas were daubed on her campaign boards.

“With the increase of the swastikas and things, it does look as though it is motivated towards me because I have Jewish family,” she told the Jewish News.