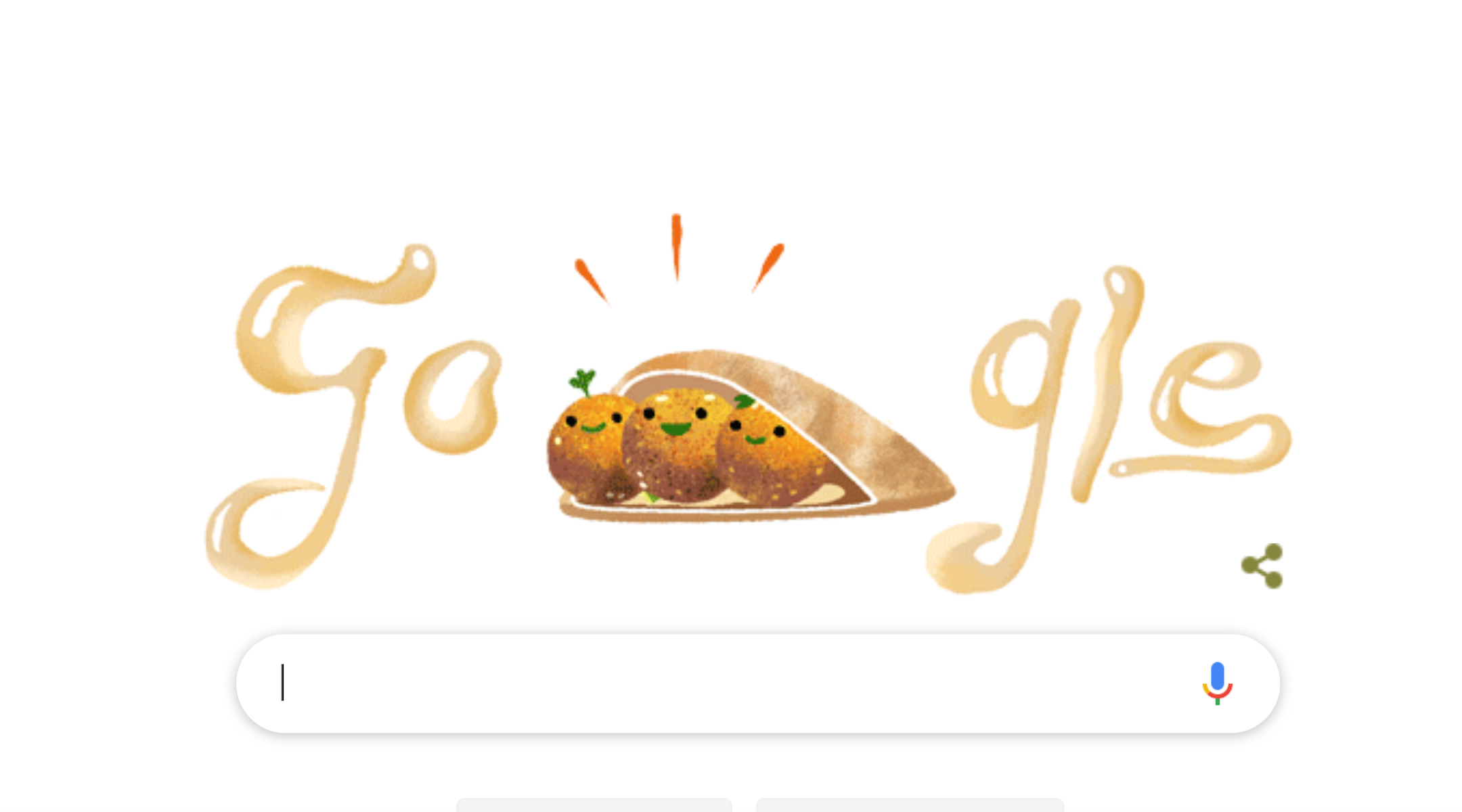 (JTA) — Google is celebrating falafel, calling it the “best thing that ever happened to chickpeas.”

It’s also among the best things that ever happened to the Google doodle, the logo that greets visitors to the search giant’s home page. Tuesday’s mini cartoon features three smiling falafel balls hopping into an open pita after one of them slathers it with hummus (or is that tahini?) and tosses in some cucumbers and tomatoes, which some would call Israeli salad.

Google said in a statement explaining the doodle that “the exact origins of this spicy street food have been lost to the mists of time,” and that “falafel has been enjoyed for centuries in many different cultures.”

It adds that “Israel has a song to celebrate its love affair with the tried-and-true treat, entitled ‘And We Have Falafel.’” The song, by Dan Almagor and Moshe Wilensky, claims the fried chickpea balls as Israel’s “national dish.”

There are some who would beg to differ.

In October, for example, a Palestinian reporter speaking on the official Palestinian Authority TV claimed that Israel has launched a “brutal attack on Palestinian heritage, including Palestinian foods,” claiming the country has co-opted falafel and hummus. A video clip of the report was translated by Palestinian Media Watch.

Falafel is believed to have originated in Egypt, with the fried balls made out of fava beans, and then spread to the Levant area of the eastern Mediterranean. Its name derives from a Levantine Arabic word. Most Middle Eastern countries make their falafel with chickpeas. India, by the way, produces most of the world’s chickpeas.

The world’s largest falafel, according to Guinness World Records, weighing in at 164.8 pounds and measuring 59.8 inches tall, was fried for 25 minutes at the Landmark Hotel in Amman, Jordan, in 2012.

Meanwhile, our friends at The Nosher came up with three alternative Google doodles for other Jewish foods that deserve the spotlight.