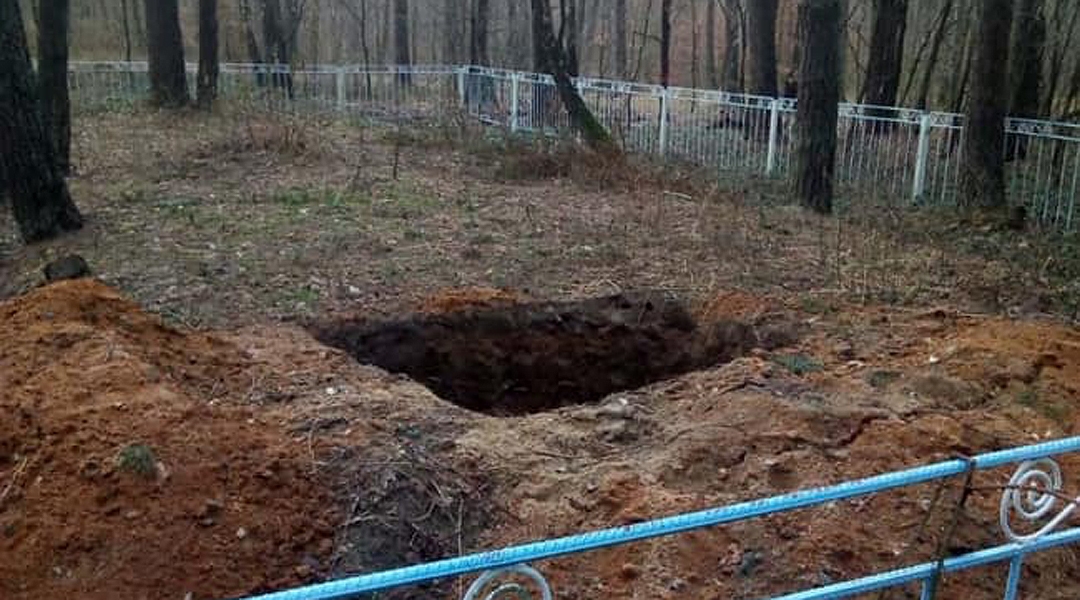 The aftermath of desecration in March 2019 of the mass grave of Holocaust victims near Raflivka, Ukraine. (Courtesy of Eduard Dolinsky)
Advertisement

(JTA) — A mass grave of Holocaust victims in Ukraine was desecrated for the second time this year.

The desecration at the killing pit of the Raflivka, a town in Ukraine’s northwest, may have been the work of grave diggers looking for gold amid the remains of 2,500 Jews whom the Nazis and collaborators killed there in 1942, according to a report Wednesday by Russia’s RIA news agency.

Eduard Dolinsky, the director of the Ukrainian Jewish Committee, posted a photograph on Facebook showing a gaping hole in center of the fenced area demarcating the killing pit.

Police have no suspects in custody in connection with the incident, according to RIA.

Between 1918 and 1939, Raflivka had about 600 Jews, who made up a third of the town’s population, according to the Yad Vashem Holocaust museum in Israel.

Following their occupation of what is now Ukraine in 1941, the Nazis and local helpers rounded up 2,500 Jews from neighboring villages in the Raflivka Ghetto. On Aug. 29, 1942, the Jews were marched to a woods, made to bury their own mass grave and shot in groups into the pit.

However, several dozen managed to escape and survive thanks to help from local and Polish farmers who harbored them. Some of the survivors joined resistance groups and carried out punitive raids on Nazis and collaborators in Raflivka.