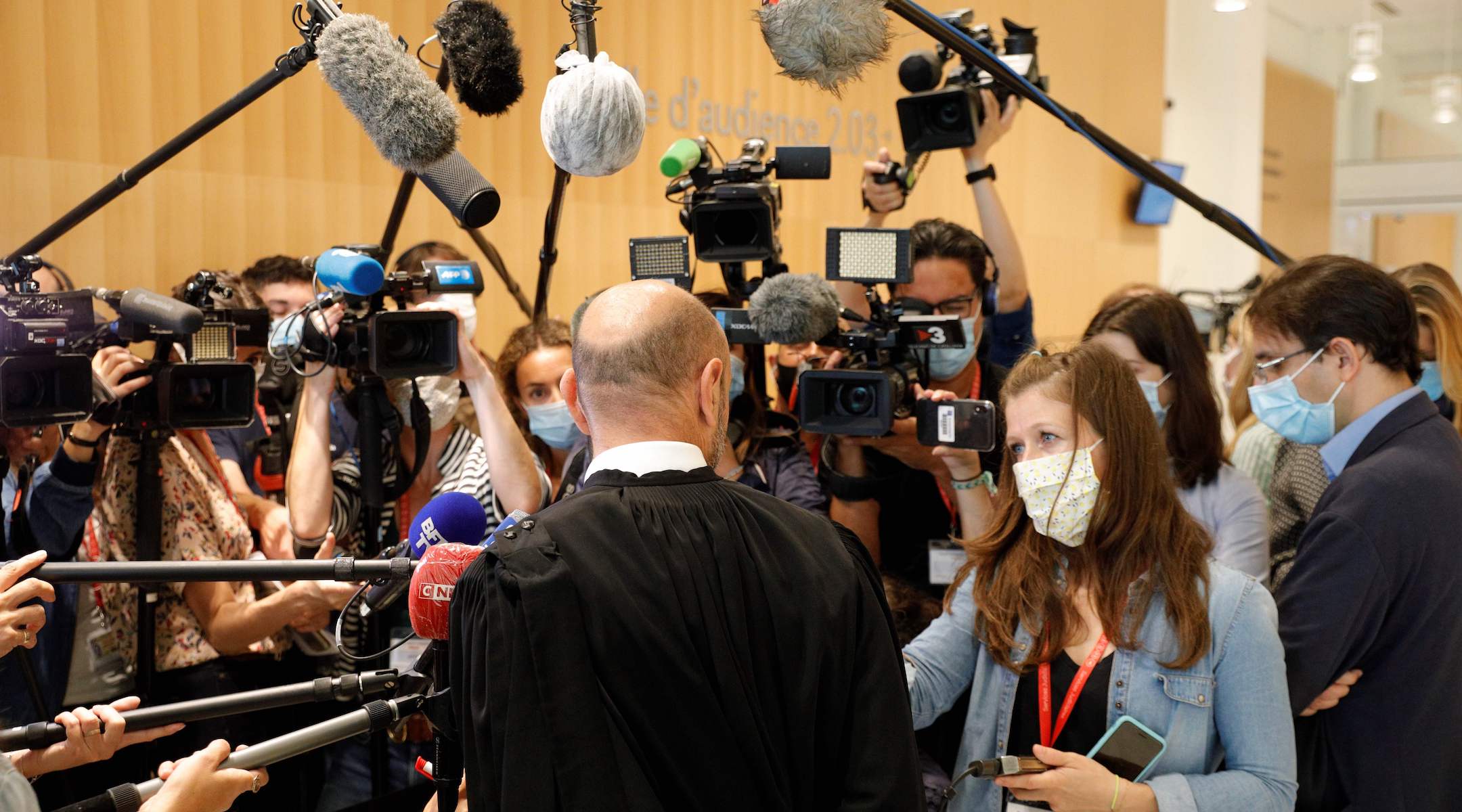 Charlie Hebdo's lawyer Richard Malka speaks to the press at a Paris courthouse during the trial of 14 people suspected of being accomplices in the Charlie Hebdo and Hyper Cacher attacks, Sept. 9, 2020. (Geoffroy Van Der Hasselt/AFP via Getty Images)
Advertisement

(JTA) — A hearing in the trial of alleged accomplices in the 2015 Hyper Cacher kosher store attack in Paris that left four people dead was set for Yom Kippur.

Lawyers for the families of victims have asked for a postponement for the Sept. 28 hearing, i24 News reported Tuesday. On the Day of Atonement, the most sacred on the Jewish calendar, Jews are prevented from traveling, working, eating and drinking.

According to the report, the court’s administration is reluctant to change the date of the hearing because of concerns connected to the separation of church and state.

The trial began last month against 14 people whom prosecutors say had been involved in the slaying by radical Islamists of 12 people at Charlie Hebdo satirical magazine, the deadly attack on a police officer and the killing of four Jews at Hyper Cacher during a three-day spree in January 2015.

Among the defendants is a former prison buddy and alleged accomplice of Amedy Coulibaly, who was killed in a shootout with police at the kosher store. He also killed the police officer. Brothers Said and Cherif Kouachi carried out the attack on Charlie Hebdo and were killed there.