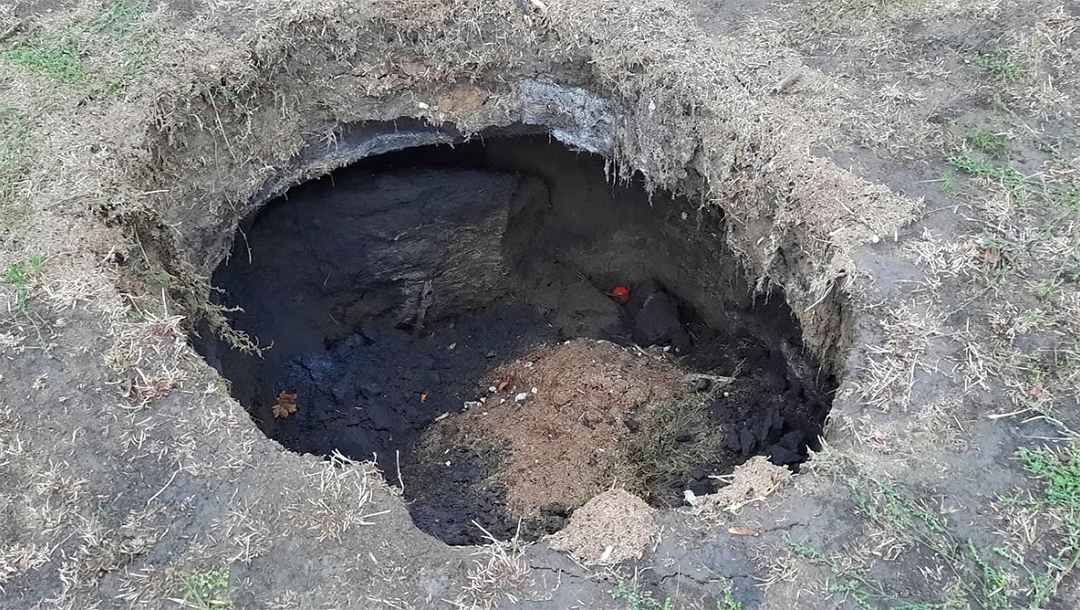 A pit that rainfall exposed at a former Jewish cemetery in Iasi, Romania in October 2020, (Dan Acostioaiei)
Advertisement

(JTA) — Heavy rainfall in northeastern Romania exposed an underground chamber full of headstones from a Jewish cemetery that was destroyed in 1943.

The cave was exposed last week at Tatarasi Park in the city of Iasi, which is near the site where allies of the Nazis stole thousands of headstones from the ancient Ciurchi Street Jewish Cemetery.

The downpour caused the ceiling of the cache to collapse, exposing fragments from dozens of ornate headstones. The oldest documented graves in the cemetery date to 1467, historian Adrian Cioflancc wrote on Facebook Sunday.

The cemetery, which had more than 20,000 graves, was razed on orders from Ion Antonescu, Romania’s wartime prime minister. The Jews of Bucharest were allowed to move thousands of bodies to another cemetery, but thousands more were desecrated. The headstones removed were used as construction material on orders from Iasi’s mayor, Constantin Ifrim.