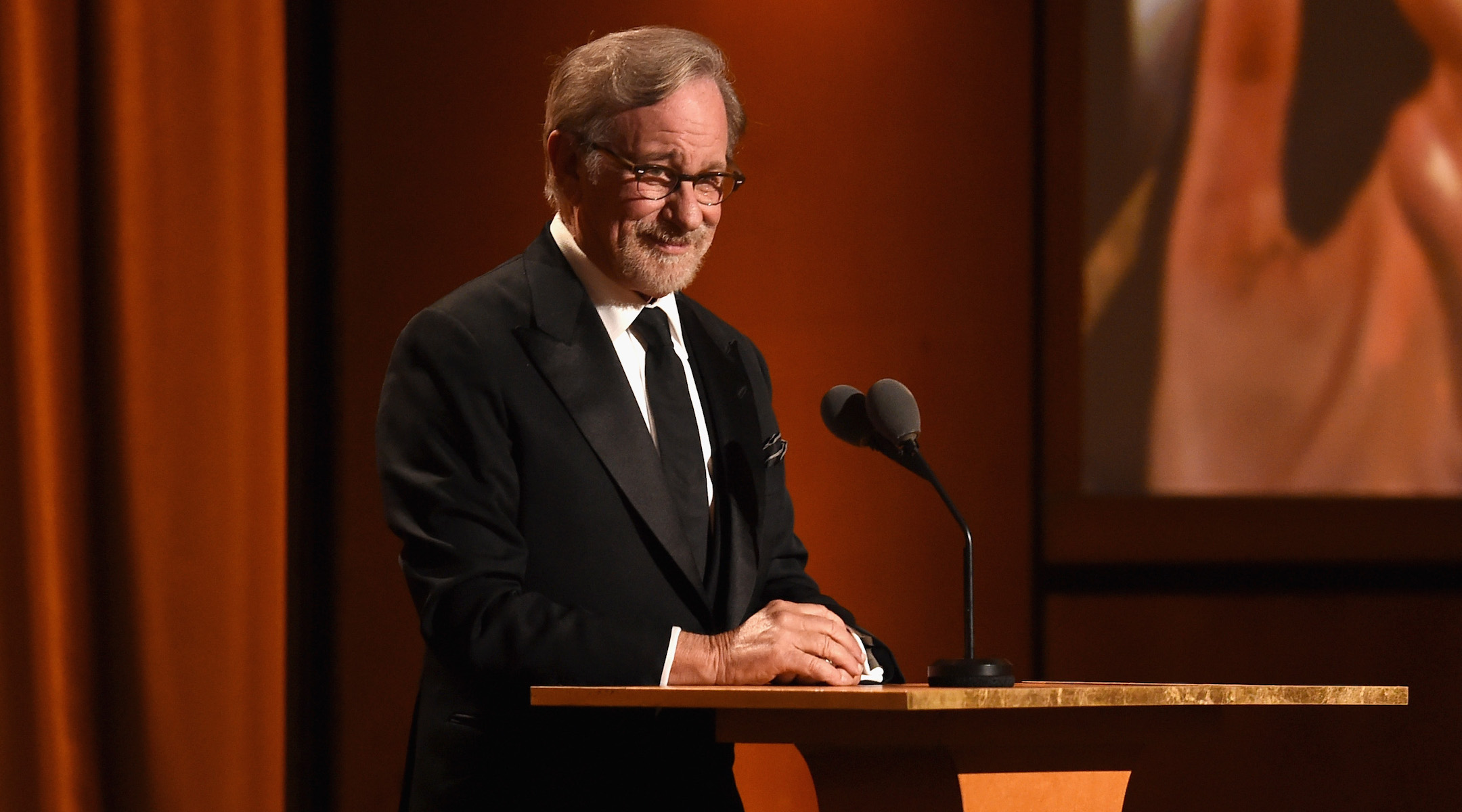 The 10 projects received a total of $225,000 from Jewish Story Partners, which has received its initial funding from Spielberg’s Righteous Persons Foundation, the Maimonides Fund and the Jim Joseph Foundation.

Here are the films, first reported by Deadline:

The film follows Israeli comedian Noam Schuster, who is bent on using her standup routine to get Israelis to question their biases.

“The Conspiracy” – Directed by Maxim Pozdorovkin

The film looks at the history behind the lie “that a dangerous cabal of powerful Jews controls the world.”

The groundbreaking composer and choreographer, who has won the National Medal of Arts and a MacArthur grant, gets her own film. The pop legend Bjork is a co-producer.

The Jewish creator of “Transparent” takes a hard look at the racial tensions in the Chicago community in which they grew up.

“The Wild One” – Directed by Tessa Louise Salomé

It’s the story of Jack Garfein, an Auschwitz survivor who went on to play a key role in the Actors’ Studio group and taught the craft to some of the last century’s biggest stars.

The tale of a group of Ethiopian-Jewish activists who fought to keep their community alive in the 1970s to 1990s, a time of harsh dictatorship.

The 100-plus-year-old Joyva company is among the most recognized Jewish-American candy companies, whose delicacies often end up at holiday celebrations such as Passover. The film focuses on the founder’s great-grandchildren, who are fighting to keep the business afloat.

“Walk With Me” – Directed by Heidi Levitt