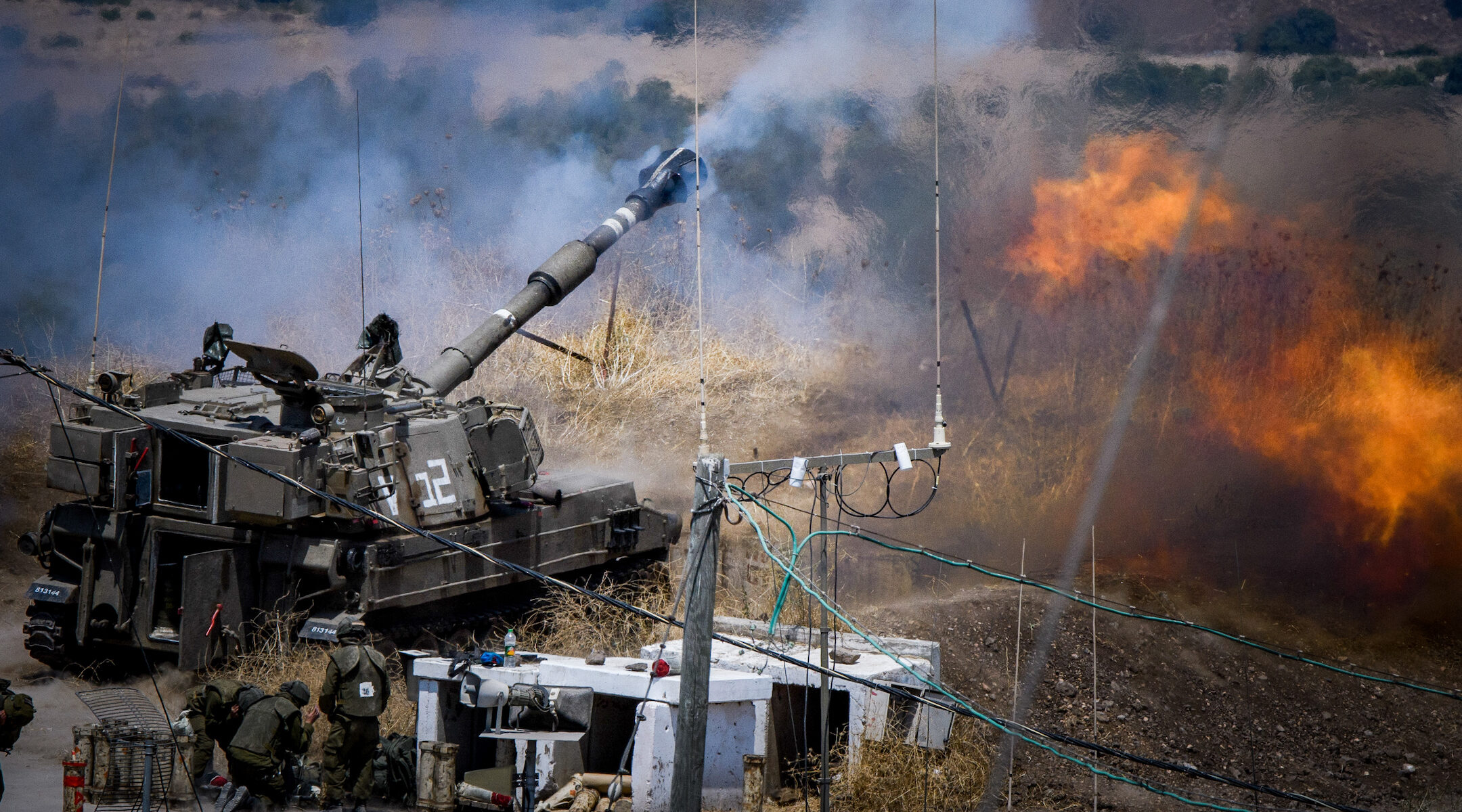 (JTA) — Israel and the Lebanese terrorist group Hezbollah are engaged in their heaviest fighting since the 2006 Lebanon War.

On Friday morning, Hezbollah fired 19 rockets at Israel. Ten were intercepted by Israel’s Iron Dome missile defense system, and they caused no injuries or damage.

This appears to be the first time since 2006 that Hezbollah has openly claimed responsibility for an attack on Israel, according to The Times of Israel. That war between Hezbollah and Israel, which took place 15 years ago in the summer, lasted about a month and claimed the lives of more than 150 Israelis and more than 1,000 people in Lebanon.

Israel also fought a war against Palestinian terror groups in Lebanon in 1982, and its military occupied a strip of Southern Lebanon from then until 2000.

Friday’s fighting is the latest round in a series of clashes that began this week on Israel’s northern border. On Wednesday, Palestinian militants fired three rockets at Israel from Lebanon. Israel shelled the area in response, and the following day carried out airstrikes in Lebanon.

Militants in Lebanon also fired rockets at Israel in July, as well as during the conflict with Hamas in Gaza in May.

“We have no interest in escalation but we will continue to work to ensure that the northern border does not become a line of confrontation,” Israeli army spokesperson Ran Kohav said, according to The Jerusalem Post. “No side wants war, but on the other hand we will not accept that this continues, that every two to three weeks there is firing towards the north.”