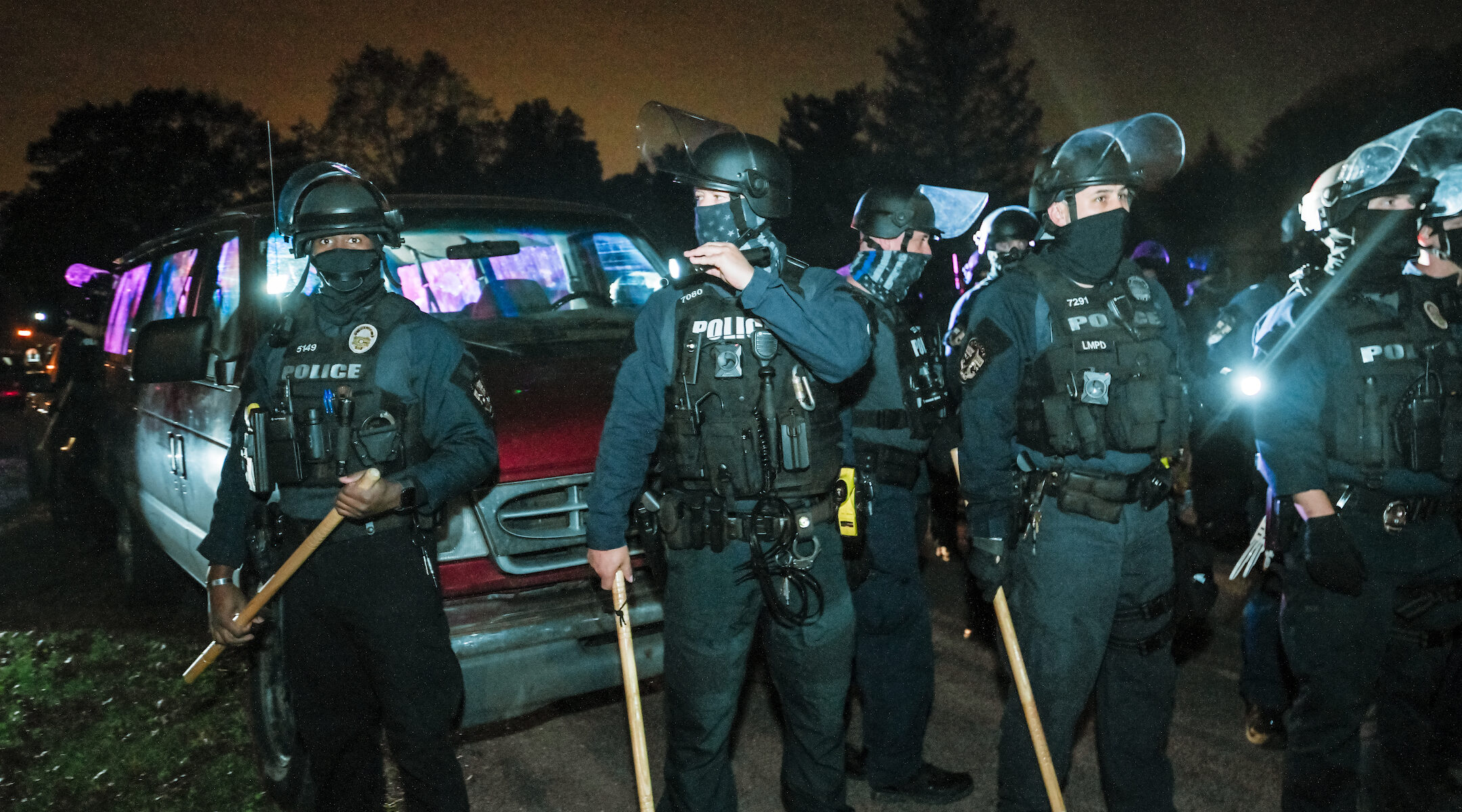 Hitler was the most-quoted person in a Kentucky State Police training presentation that encouraged officers to be “ruthless killers,” according to the report that appeared Friday in the Manual Redeye, the student newspaper of Louisville’s DuPont Manual High School. The presentation quotes from Mein Kampf and links to Hitler’s page on a social networking site about books, according to the report.

The student journalists, brothers Satchel and Cooper Walton, obtained the presentation because they are related to a partner at a law firm that had requested training materials as part of its work in a case related to a 2018 police killing, their article disclosed.

The report swiftly drew widespread attention from national news organizations and clarification from the state that the presentation had not been used since 2013. It also elicited condemnation from Kentucky officials and Jewish leaders.

“I am angry. As a Kentuckian, I am angry and embarrassed. And as a Jewish American, I am genuinely disturbed that there are people like this who not only walk among us, but who have been entrusted to keep us safe. There needs to be consequences,” tweeted Rep. John Yarmuth, the Democrat who represents Louisville in Congress. In a second tweet, Yarmuth said the presentation reflected “a poisonous culture that has gotten too many innocent people harassed and killed.”

Louisville has been one center of national protests against police killings this year, after officers there shot and killed Breonna Taylor in March during a botched overnight raid on her apartment.