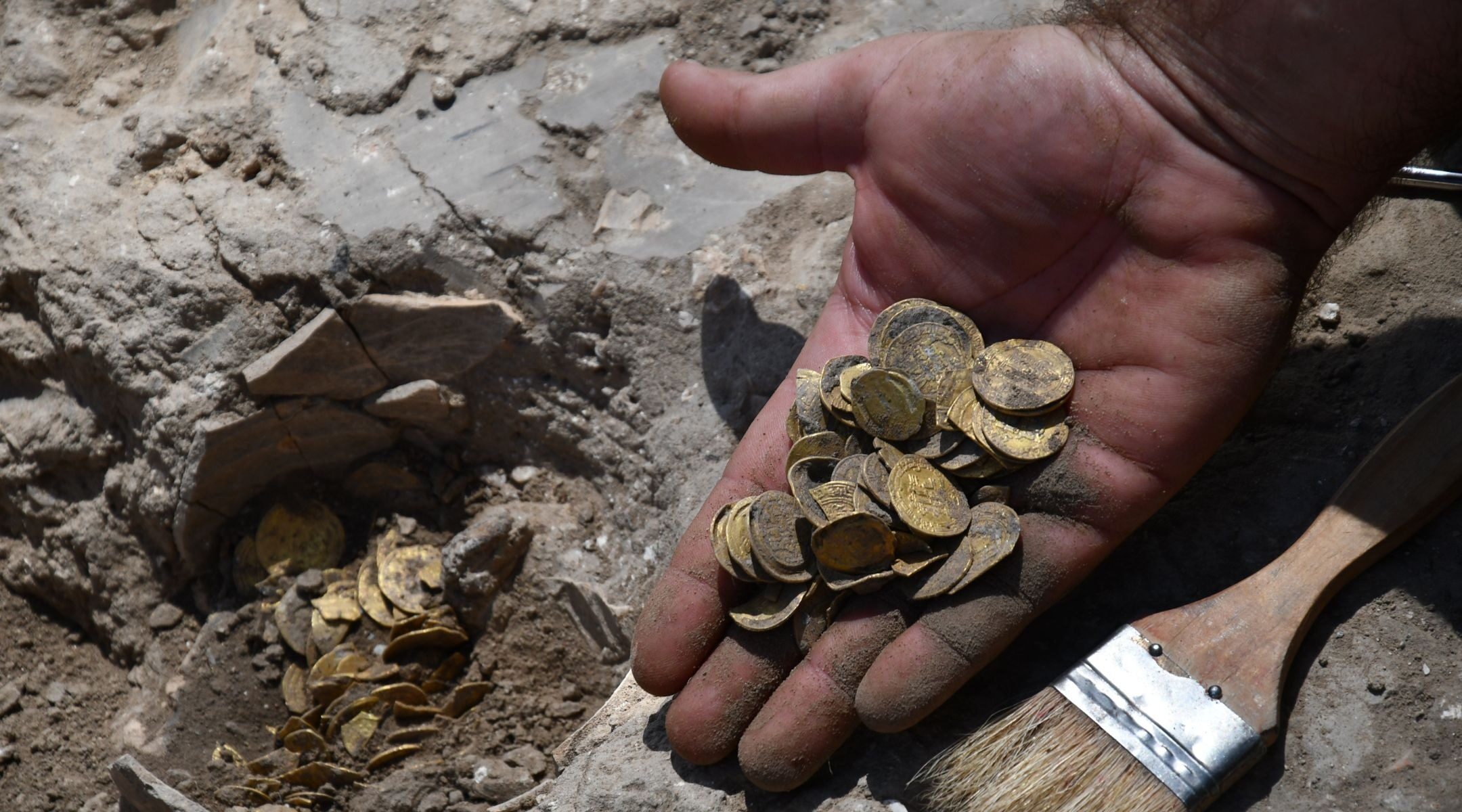 Some of the gold coins discovered in an archaeological excavation during the construction of a neighborhood in the center of Israel. (Yoli Schwartz/Israel Antiquities Authority)
Advertisement

JERUSALEM (JTA) — A rare hoard of 425 Islamic coins from the ninth century were uncovered in central Israel by a group of young people volunteering before their compulsory army service.

The coins, made of solid gold, date to the Abbasid period some 1,100 years ago. The Abbasid Caliphate stretched from Persia to North Africa, with its capital in Baghdad, Iraq.

They were found in an archaeological excavation carried out by the Israel Antiquities Authority during the construction of a neighborhood in the center of the country.

The pure 24-karat gold coins were deliberately buried in the ground in a clay jar, according to the directors of the excavation, Liat Nadav-Ziv and Dr. Elie Haddad of the Israel Antiquities Authority. Finding gold coins, especially in such a large quantity, is extremely rare. It is not known what would  have prevented the person that hid the coins from returning to retrieve them.

The hoard consists of full gold dinars, as well as about 270 small pieces that had been cut to serve as small change.

A small Byzantine coin fragment was found among the coins, which is evidence of the continuous connections such as war and trade between the two rival empires during this period, the Israel Antiquities Authority said in a statement.