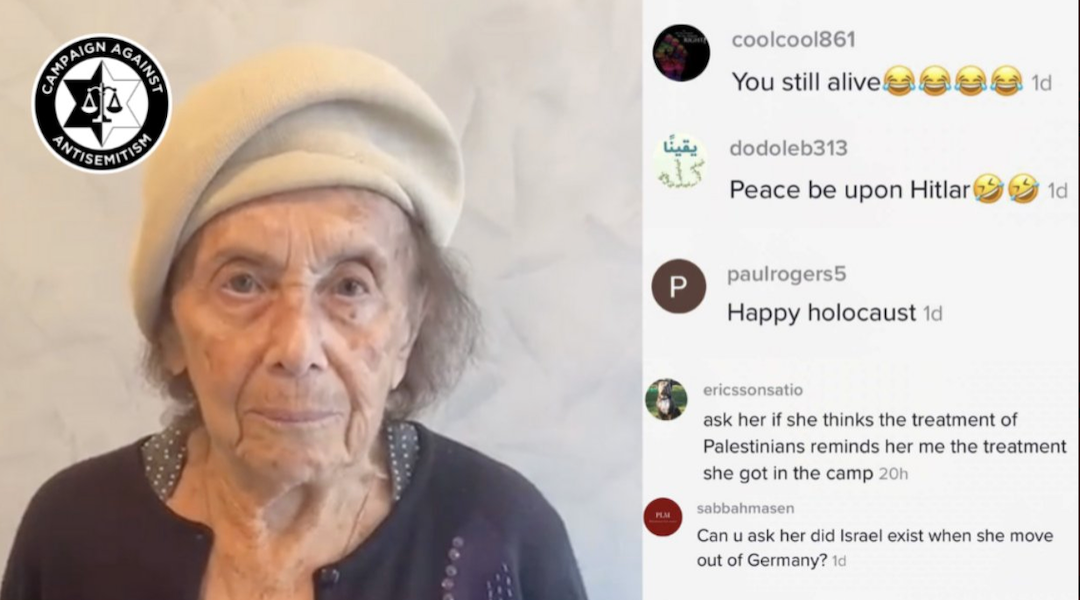 (JTA) — Lily Ebert is 97. Her great-grandson, Dov Forman, helped her create a Tik Tok account so she could tell its youthful community about surviving Auschwitz.

On May 14, instead of one of her pithy recollections, Ebert had a simple message for 90,000 followers, delivered from her London home: “Wishing you a lovely, peaceful weekend,” she said, and repeated a similar wish in Hungarian, her native language. She added “Shabbat Shalom.”

Her account was flooded with hateful messages, many of them holding her responsible for the military conflict between Israel and Hamas that broke out May 9 and ended last week.

“Over the past few days my great Grandmother (Auschwitz survivor) and I have continued to receive messages of hate on Tiktok and Twitter,” Forman said on Twitter on May 16. “We will not allow this to stop us from educating about the horrors of the past, and what hatred can lead to. Hate only breeds hate.”

Ebert and Forman have since persisted. On Monday Ebert posted two short videos to Tik Tok, one recalling the murder in Auschwitz of her little sister, Berta, and another explaining the use of tefillin, Jewish prayer phylacteries, and how some Jewish men in Auschwitz managed to fulfill the commandment of using them.

The messages more recently have been encouraging.

“I am grateful you are here,” said a commenter on the video about Ebert’s sister.