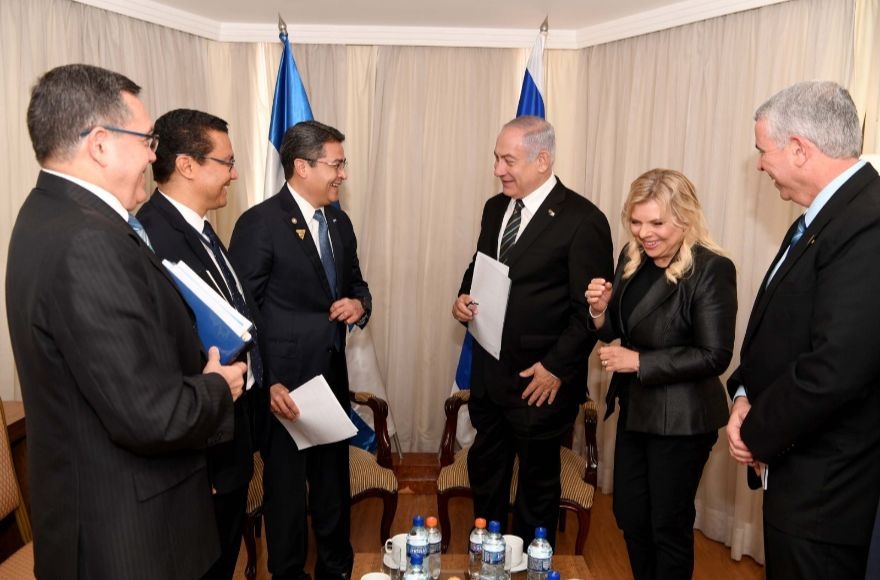 The Honduran Foreign Ministry said in a statement that the office in Jerusalem will be an extension of its embassy in Tel Aviv.

“For me it’s the recognition that Jerusalem is the capital of Israel,” Hernandez told reporters during the dedication of a bridge on Tuesday. “This has been much debated in the world, and I know that I will be criticized for this, but if Honduras has as its capital Tegucigalpa, and another country refuses to recognize it, it is [equivalent to] not recognizing our sovereignty.”

Hernandez graduated from an Israeli leadership course from the Israeli Foreign Ministry’s Agency for International Development Cooperation, or Mashav, in 1992 at the beginning of his diplomatic career.

Government officials from several countries, including the Czech Republic, Romania, Lithuania, Australia and Brazil, have expressed interest in moving their embassies to Jerusalem. In March, Hungary opened a diplomatic trade mission in Jerusalem, which is considered a branch of the Hungarian Embassy in Tel Aviv.