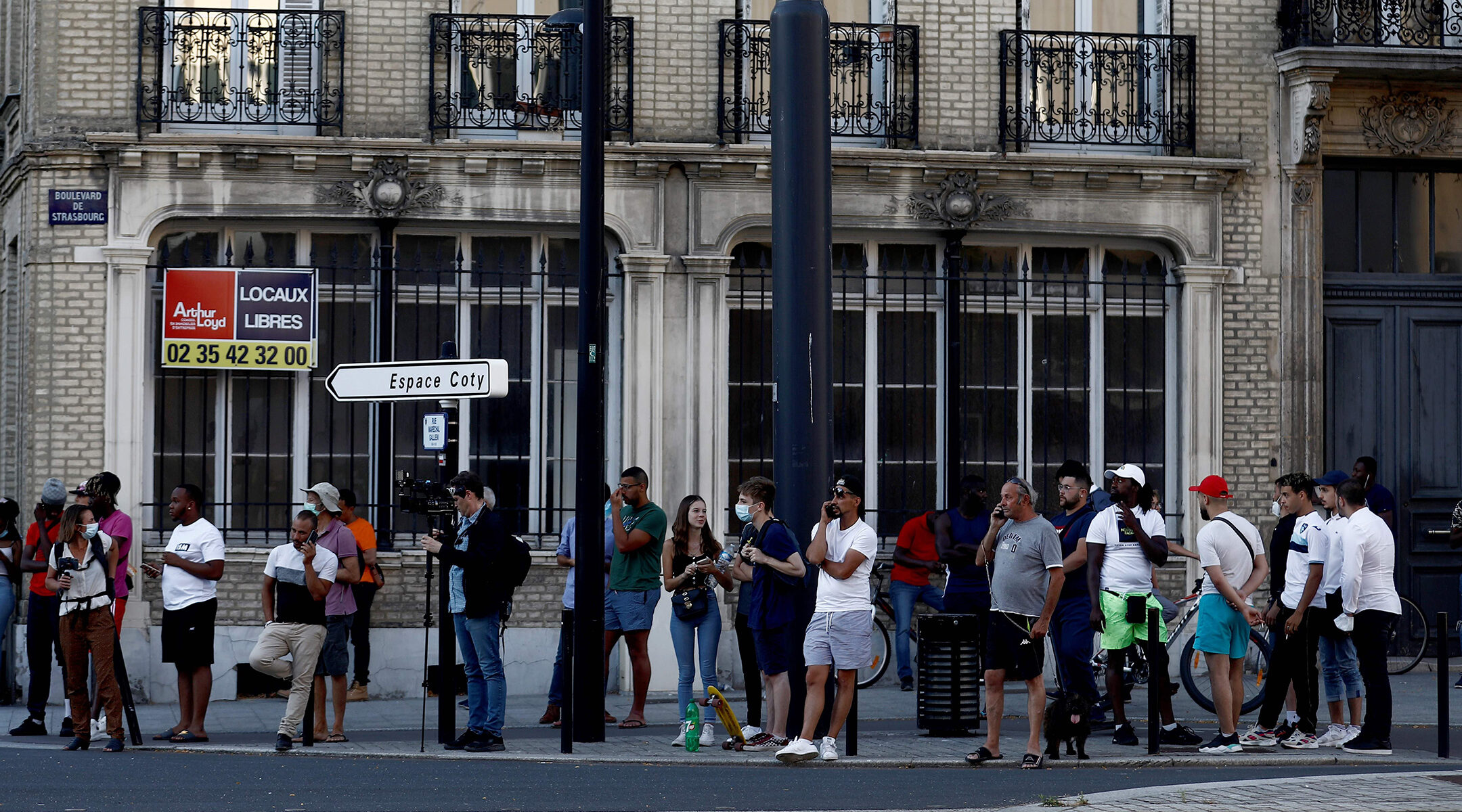 Pedestrians watch police outside a bank in Le Havre, France, where a hijacker has taken several hostages demanding the freedom of Palestinians in Israel on Aug. 7, 2020. (Sameer Al-Doumy/AFP via Getty Images)
Advertisement

(JTA) — A man who holed up inside a bank in northern France on Thursday with several hostages told the media that he would free them if Israel “liberates Palestinian children unjustly imprisoned” and allows greater access to the Al-Aqsa Mosque in Jerusalem.

The man, who was not named and is presumed to be armed, took six hostages at the BRED bank branch at the center of Le Havre, a coastal city located about 100 miles northwest of Paris. He has allowed four of the hostages to leave and two remain.

The man’s demands on Al-Aqsa were that Palestinians under the age of 40 also be allowed to enter the site, according to RTL. He is in contact with police forces, who have surrounded the bank.

Le Havre does not have a large Jewish community.

Israel routinely limits access by worshippers to the mosque, especially following frequent rioting there. But such restrictions are currently not in place.

The mosque and other places of worship had been closed for two months through May 27 due to emergency measures connected to the coronavirus.

The Jordanian Waqf, a religious authority that enjoys some nonadministrative autonomy in and around the mosque, is limiting the number of visitors to only a few dozen at any given time. The restriction is not applied according to age.

BRED, whose French-language acronym stands for “regional accounts and deposits bank,” is a cooperative that was founded in 1919 by a non-Jewish person and is not widely associated with Jews in France.