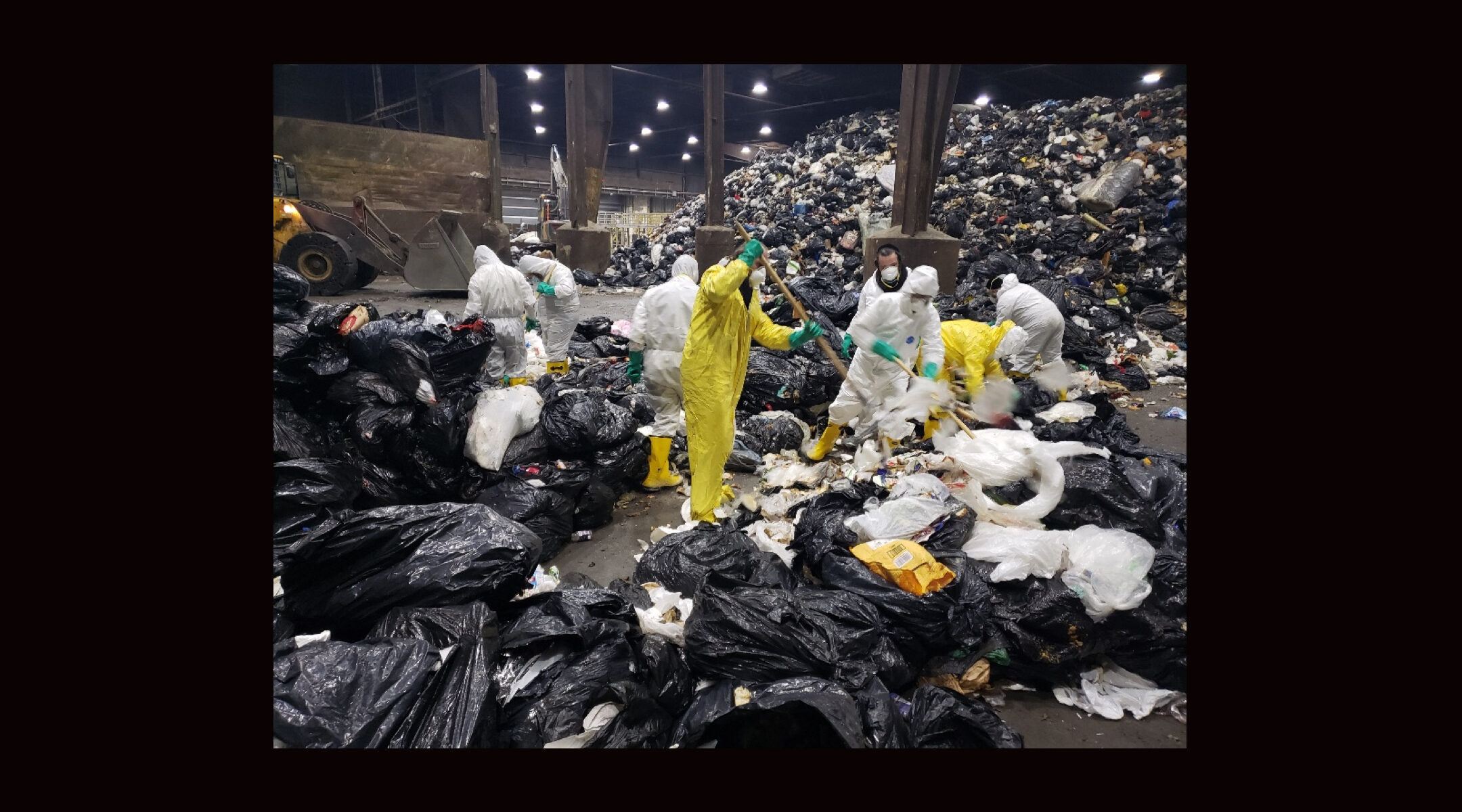 Someone mistakenly puts a ring, a wallet or a purse in the trash and assumes it’s gone forever.

This week, the New York City Sanitation Department helped an Orthodox man in Brooklyn retrieve his tefillin, a Jewish religious object worn during morning prayers, before they were taken to a dump and lost for eternity.

Tefillin can cost hundreds if not thousands of dollars and are used daily for prayer, making them especially frustrating to lose. But even more important, they contain small scrolls inscribed with Torah verses that include God’s name and therefore must to be disposed of via burial, much like a Torah scroll or other holy books.

That may have made it worth it to the man who lost the tefillin to search through bag after black garbage bag of trash in the hopes of finding the phylacteries.

Customers who want to retrieve something they’ve thrown away are often able to do so, said Belinda Mager, a spokesperson for New York City’s Sanitation Department. But they have to get in touch with the department quickly and will have to don a jumpsuit and search for the item themselves. Sanitation workers will help direct searchers to the area where the trash closest to their spot was dumped at a transit center.

“You have to call us the same day, but you’d be surprised at how many items are found,” Mager said.

This wasn’t the first time the department helped someone find a lost pair of tefillin. But, Mager said, it was especially heartwarming to be able to find the tefillin this week, at the close of a year of so much loss.

“It’s really nice when we can make it work because you think, well if I threw something in the trash, it must be gone forever. Well, not necessarily, we have a fair amount of these lost and founds,” Mager said. “There’s a happy feeling.”