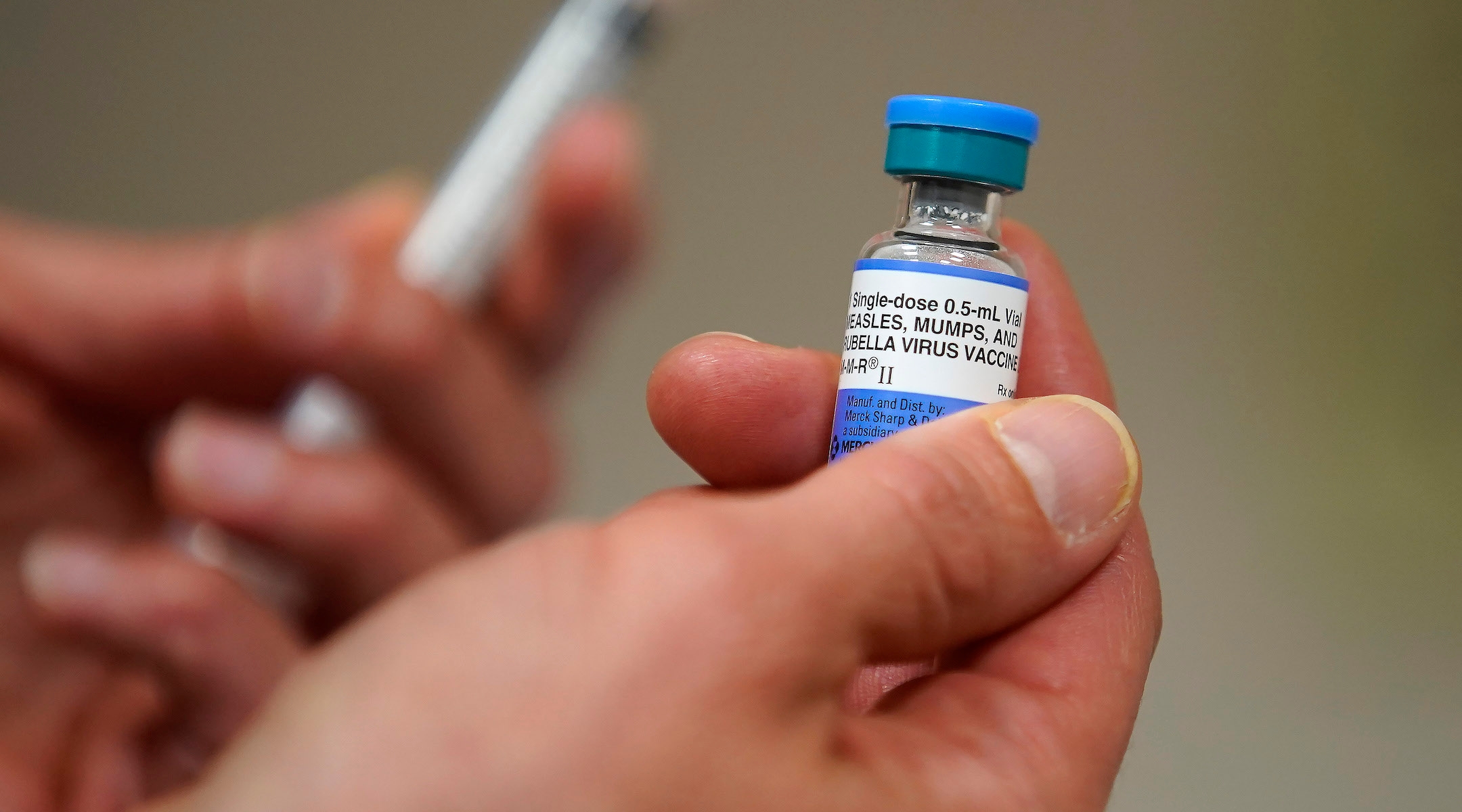 (JTA) — Hundreds of children in a Hasidic community near Montreal were vaccinated against measles after five confirmed cases cropped up in recent weeks.

Some 350 children in the Tosh Hasidic community were vaccinated over four days in two temporary clinics set up by the public health authority, the Canadian Jewish News reported

Prior to the opening of the temporary clinics, some 90 percent to 95 percent of the children of the Tosh community already were vaccinated, Isaac Weiss, responsible for security and public safety in the Tosh community, told the CJN.

Unvaccinated children will not be permitted to enter the community’s schools in the fall, Weiss said.

It is not known who brought the measles to the community, though it is believed to have been brought from someone who visited New York. It is the first cases of measles in the region since 2011.