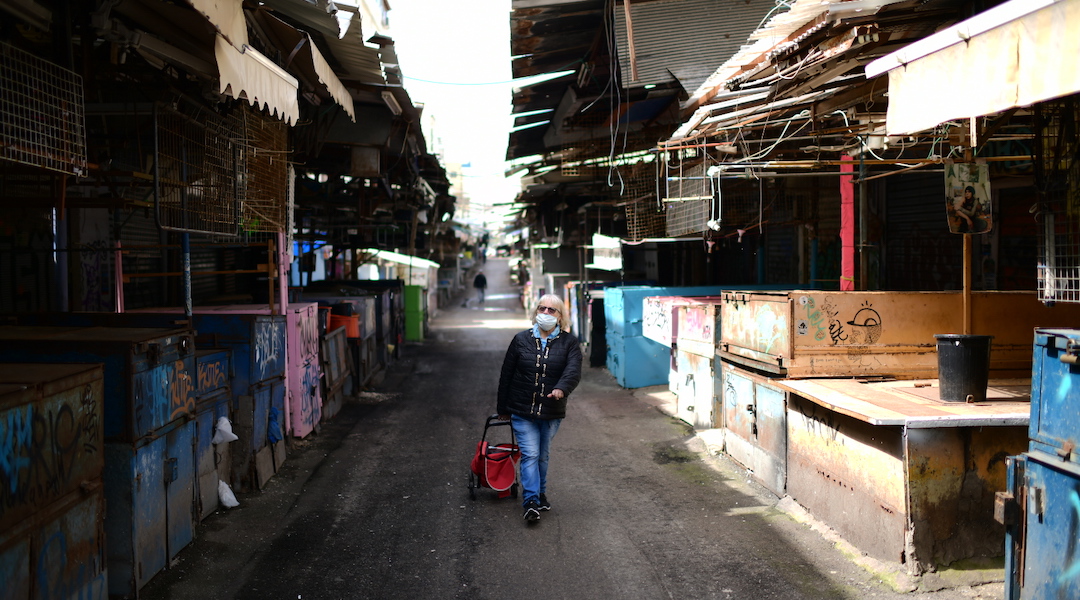 JERUSALEM (JTA) — Popular open-air markets in Jerusalem and Tel Aviv reportedly were closed by police after the Israeli government decided to tighten the country’s coronavirus lockdown.

The Carmel Market in Tel Aviv was ordered closed by police shortly after stalls opened for business, Israel’s Channel 12 reported, even as sellers asked to be allowed to remain open a few more hours in order to sell the food they had on hand.

The Mahane Yehuda market, or shuk, in Jerusalem also was ordered closed.

On Saturday, a statement from the Prime Minister’s Office seemed to indicate that the markets could remain open for at least three more days. Theirs restaurants and bars had already been shuttered after government directives last week.

Supermarkets remain open in Israel, among the only businesses still operating amid a national lockdown aimed at curbing the spread of the coronavirus. Nearly a thousand Israelis have been diagnosed with the virus, and the country experienced its first death on Friday, of an 88-year-old Holocaust survivor.