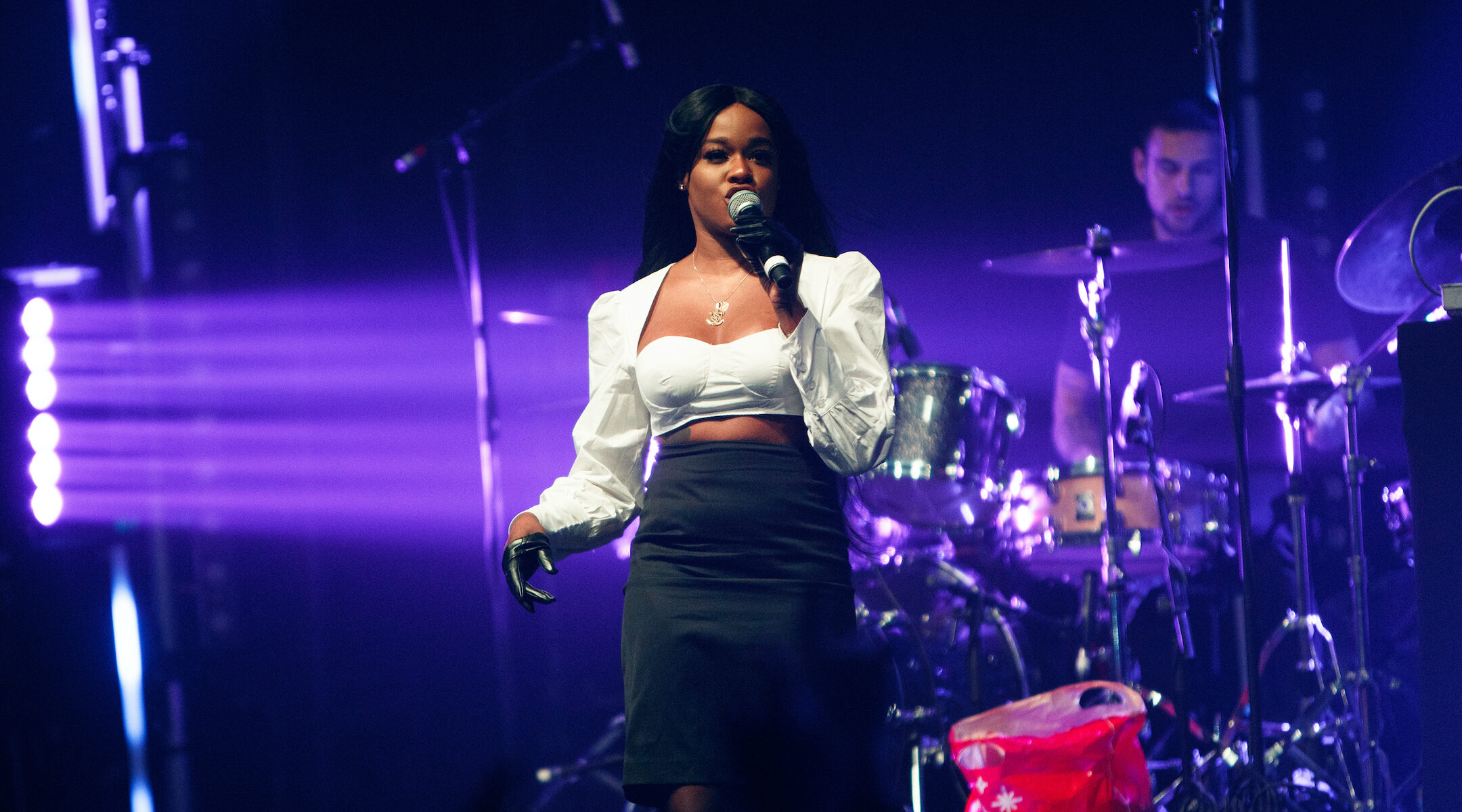 (JTA) — Incendiary rapper Azealia Banks announced her engagement to artist Ryder Ripps by posting a photo on Instagram of a ring with a menorah on it and writing “I’m Jewish now. MAZEL TOV BITCHES!” in the caption.

Some social media users took issue with the proclamation, implying that Banks could not assume a Jewish identity by marrying a Jewish person or that wearing a symbol of Judaism was disrespectful. Banks — who is known for getting into feuds with public figures on Twitter — shot back.

Azealia Banks finds a new way to make me holler every day “jewcy diva” has me screaming pic.twitter.com/2O83NPWtAK

In another exchange, Banks likened her connection to Judaism to the gender identity of transgender people, in an analogy that some decried as transphobic.

Banks is no stranger to controversy. In 2016, during one of her high profile Twitter rants, she directed racial epithets at Pakistani-English pop star Zayn Malik and lost her slot at a U.K. music festival.

Ripps is a 34-year-old art director and conceptual artist who has not made a Jewish identity part of his public persona. His father Rodney, also an artist, once showed some of his art in an exhibit at New York City’s Jewish Museum on “Jewish Themes.”