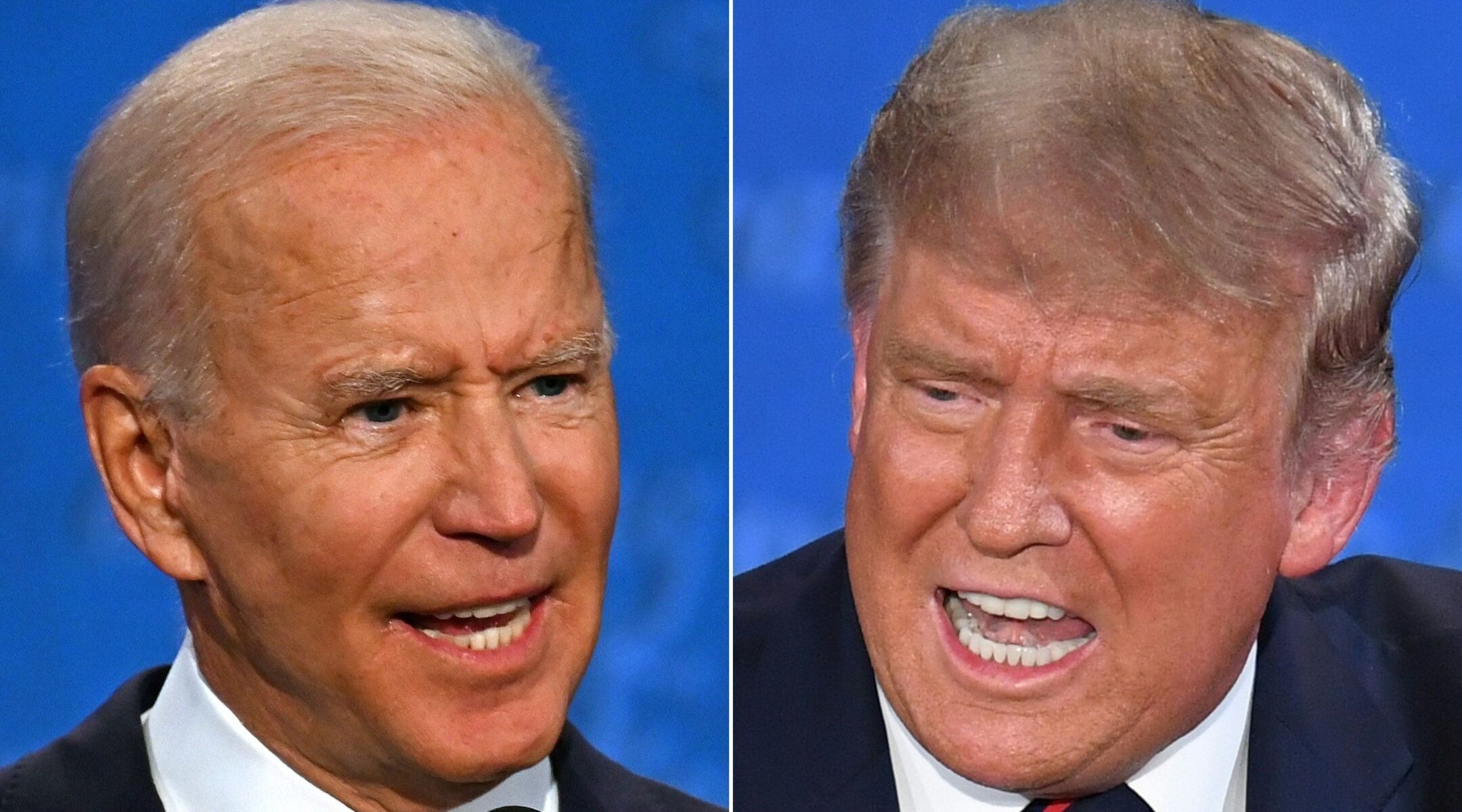 (JTA) — In the first presidential debate, President Donald Trump did not explicitly condemn white supremacists when challenged by the moderator.

“Are you willing tonight to condemn white supremacists and militia groups, and to say that they need to stand down and not add to the violence?” Chris Wallace, the Fox News Channel moderator asked the president at the debate Tuesday at Case Western Reserve University in Cleveland.

One of the topics of the evening had to do with the violence that has afflicted some of the anti-police brutality protests in cities across the country.

Wallace kept pressing. “Are you willing — “he said.

As he did throughout much of the 96 minutes, Trump interrupted. “I’m willing to do anything, I want to see peace!” he said.

“Then do it, sir,” Wallace said. “Do it, say it,” chimed in Joe Biden, the Democratic nominee.

“Proud Boys, stand back and stand by!” Trump said, and pivoted once again to criticize the left.

“It’s astonishing that, when asked a simple question, will you condemn white supremacists, POTUS responded — ‘The Proud Boys should stand back and stand by’,” the Anti-Defamation League’s CEO, Jonathan Greenblatt, said on Twitter, using the acronym for President of the United States. “Trying to determine if this was an answer or an admission. POTUS owes America an apology or an explanation.”

Trump has in the past condemned white supremacists multiple times and other times has equivocated. Biden, the former vice president, during the debate, repeated the reason he decided to run: Trump’s equivocations after the deadly neo-Nazi march in Charlotteville, Virginia in 2017.

“It is truly the reason I got in the race,” Biden said. “Close your eyes remember what those people look like coming out in the fields carrying torches, their veins bulging and just spewing anti-Semitic bile and accompanied by the Ku Klux Klan a young woman got killed and they asked the president what he thought he said ‘there were very fine people on both sides.'”