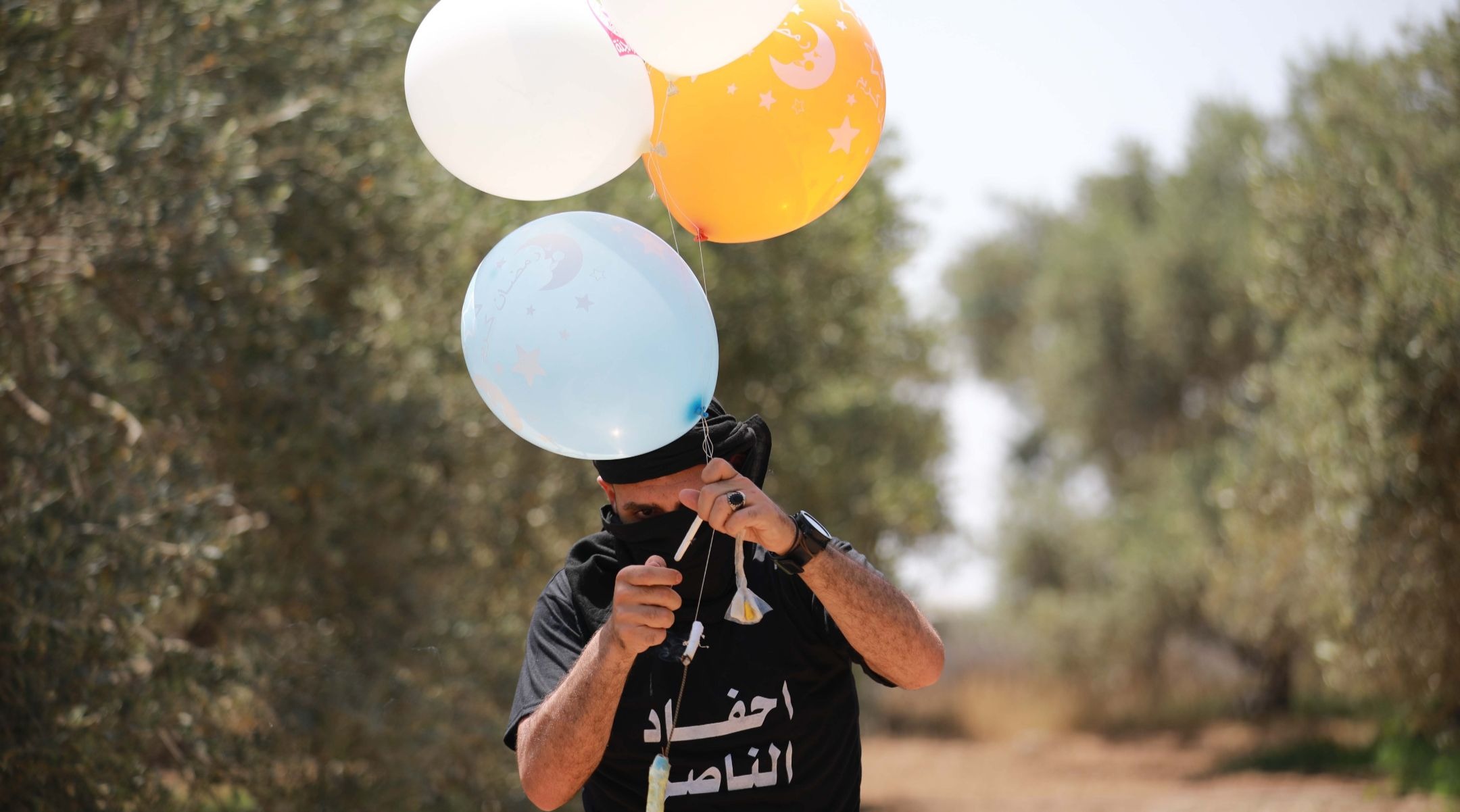 A Palestinian youth in Gaza prepares Molotov cocktails attached to balloons, to set fire to Israeli land, on May 31, 2019. (Hassan Jedi/Flash90)

JERUSALEM (JTA) — Incendiary balloons ignited three fires Tuesday in the Kissufim forest on the border with the Gaza Strip.

A day earlier, incendiary balloons ignited four fires — several in the same forest and another in a wheat field — that burned dozens of acres.

The balloons, carrying flammable materials, are lit and sent to fly over the border fence with Gaza toward southern Israel.

The arson attacks are a violation of an unofficial cease-fire between Israel and terror groups in the strip.