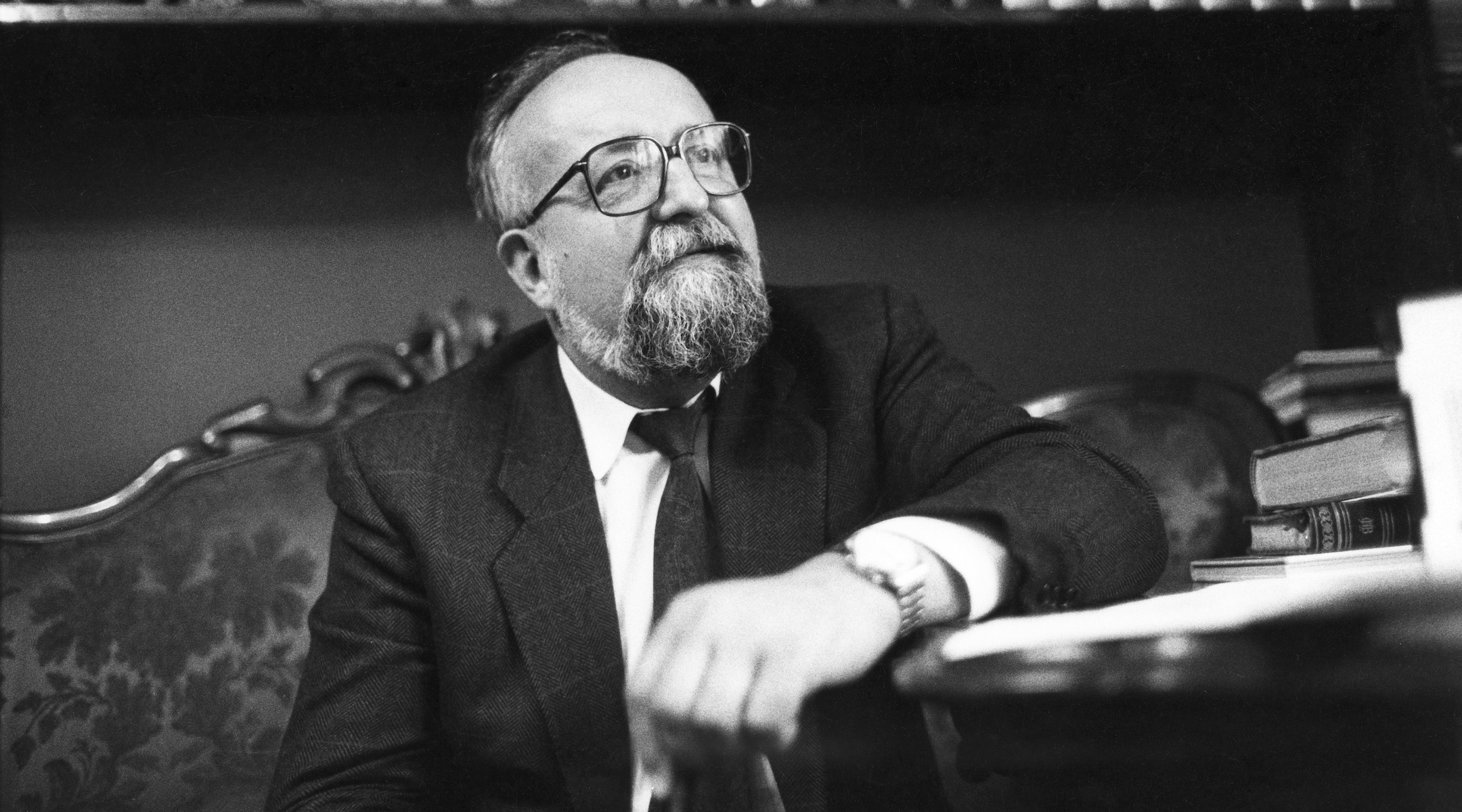 WARSAW, Poland (JTA) — Polish composer Krzysztof Penderecki died Sunday at 86 in Krakow, Poland, and was remembered by the Israeli embassy in Warsaw.

“His work has found a special place in the hearts of music lovers and will be remembered in Israel as having great significance for cultural dialogue between Poland and Israel,” the embassy said on Facebook.

Penderecki’s avant-garde and at time atonal compositions made him one of the most respected classical music composers of the 20th century, but he also composed scores for Hollywood films like “The Shining” and “The Exorcist” and collaborated with Radiohead guitarist Jonny Greenwood, who was an avid fan of his work.

Penderecki, who was not Jewish, was born in 1933 in Dębica in southern Poland. He witnessed the liquidation of the Jewish ghetto in his hometown during World War II. His early work was inspired by the war’s brutality, including the “Death Brigade,” composed on the 20th anniversary of liberation of the Auschwitz-Birkenau camp.

The Jerusalem Symphony Orchestra, conducted by Lorin Maazel, premiered the piece in 1997.