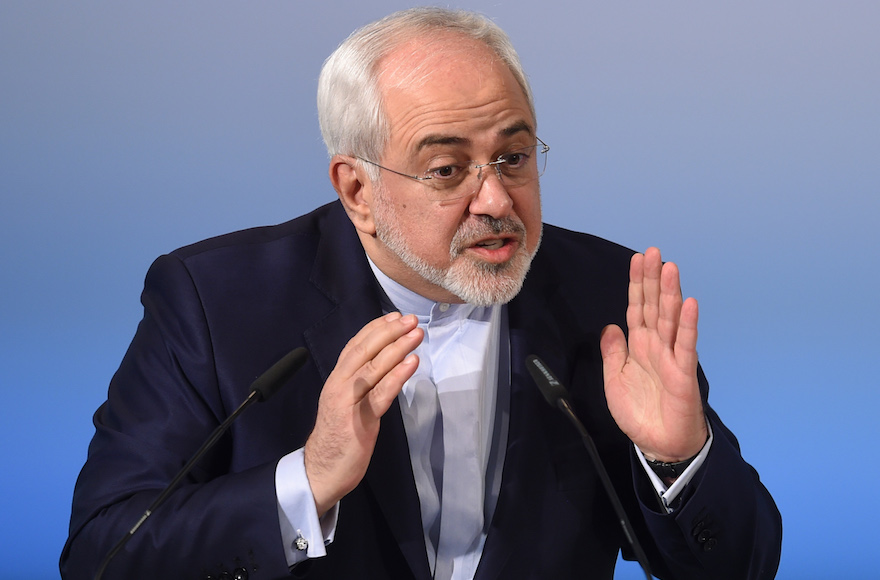 (JTA) — Iran’s foreign minister said that Israel is “looking for war” and that the behavior of Israel and the United States toward Iran is increasing the chances of such a war.

“Certainly, some people are looking for war… Israel,” Mohammad Javad Zarif said in an address at the Munich Security Conference, Reuters reported.

“The risk (of war) is great. The risk will be even greater if you continue to turn a blind eye to severe violations of international law,” he said.

He was referring in part to Israel’s bombing of Iranian positions in Syria. Israeli Prime Minister Benjamin Netanyahu acknowledged an attack last week as he boarded a plane for a peace summit in Warsaw.

He added that the United States said has an “unhealthy” and “pathological obsession” with Iran. “We have long been the target of an unhealthy fixation, let’s say obsession” from the U.S., he said.

He added that the United States broke its obligation by leaving the Iran nuclear deal.

Netanyahu on Wednesday during an impromptu statement to reporters said he planned to focus on the “common interest of combatting Iran,” but used the term “milchama,” or war, to mean combatting.

He said to not be fooled by Zarif’s “lies.”

“As IDF former chief of staff, I saw firsthand, precise information regarding what is really happening in Iran. Hence, I can tell you with absolute certainty that the regime Mr. Zarif represents is an evil one,” Gantz said.

Gantz said there is “no daylight” between him and Netanyahu on Iran.