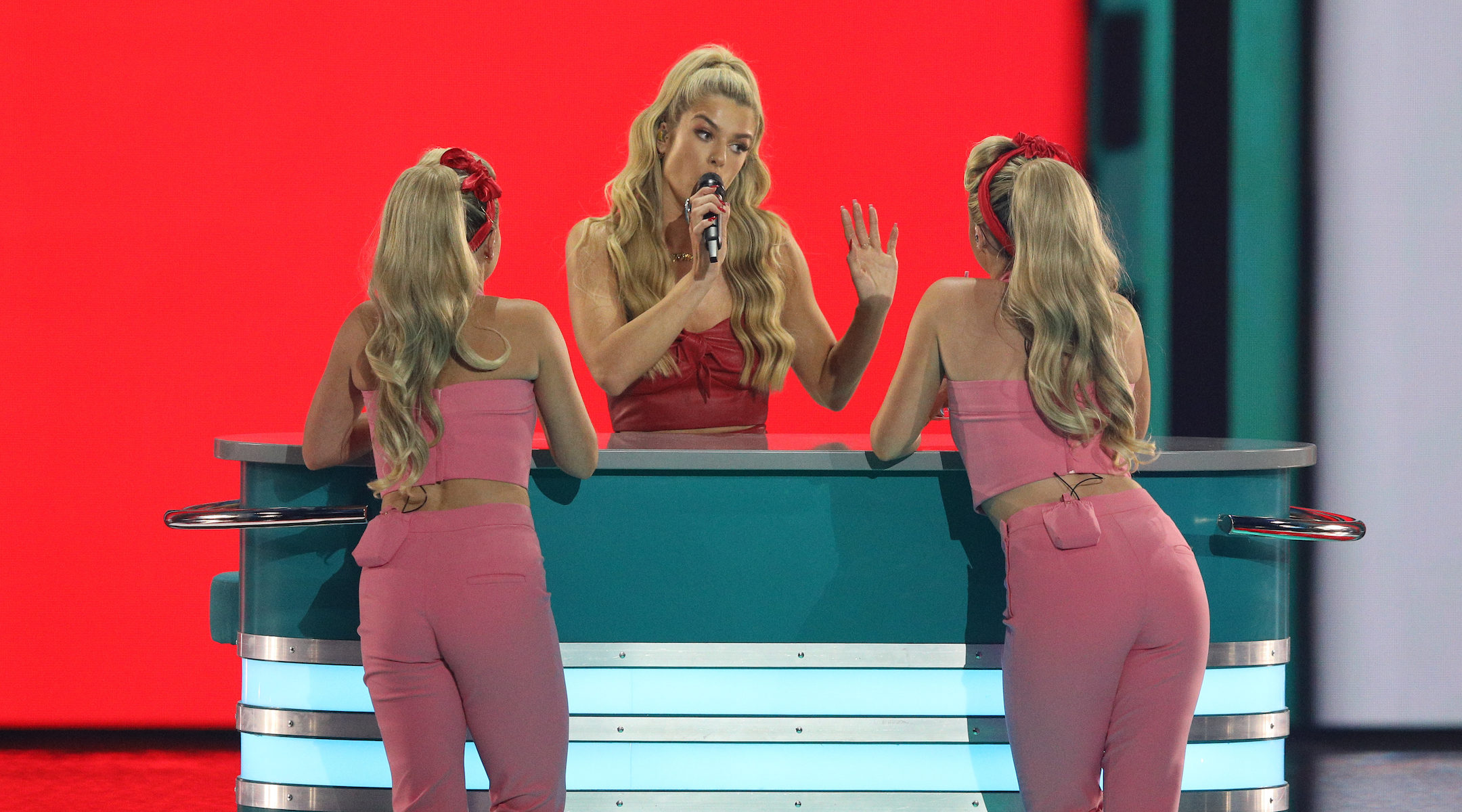 (JTA) — Ireland’s contestant in the Eurovision song contest said she received terrifying threats and abusive messages after performing in Israel.

Sarah McTernan, 25, told the Irish Sun over the weekend that “I got hundreds of threats . . . It did freak me out.”

In addition to threatening mail, much of which got delivered to her grandmother’s house, the young singer also received “hundreds and hundreds” of threatening and abusive messages on social media. She reportedly went off line for the days leading up to her appearance in the second semi-final of the competition, held last month in Tel Aviv. She did not advance to the final.

“There is still s*** being thrown at me online but I’m not going to look at it,” she told the newspaper.

She said she knew representing Ireland in Israel would be controversial.  “I was aware but I didn’t know how much of a backlash there would be,” she said. “I was happy to represent my country.”

Left-wing Irish officials and performers called for their country to boycott Eurovision hours after Israel won the 2018 contest and the right to host this year’s Eurovision.